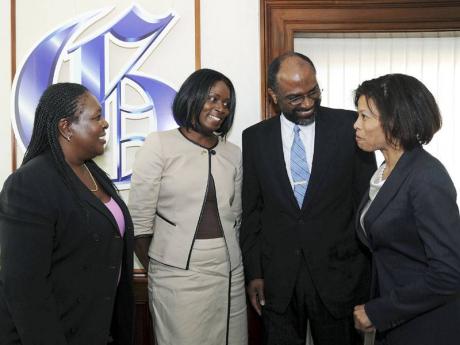 Amid fears that a new United States (US) tax law could deal a severe blow to several Jamaican financial institutions, one senior industry executive has suggested that the legislation could be a blessing in disguise.

General manager of Jamaica National Building Society (JNBS), Earl Jarrett, presented the optimistic view yesterday, even as he pointed to the findings of a survey which showed that a significant percentage of local depositors, incensed by some of the stipulations in the Foreign Account Tax Compliance Act (FATCA) being implemented by the US government, are prepared to close their accounts.

The survey, which was conducted by Johnson Survey Research Limited last month, showed that more than a third of the respondents indicated that they would "probably" close their accounts at any local financial institution that passed their information to US authorities as is stipulated by FATCA.

In addition, it also revealed that 40 per cent of respondents expressed the view that Jamaican financial institutions should not hand over their information, even in the face of the stiff penalties that could be imposed for non-compliance.

Said Jarrett: "Markets are very dynamic, but what we do know is that there is going to be a reaction. People have told us so through the survey that they will be moving their accounts out of institutions that comply (with the law)."

FATCA, which was developed as part of an attempt by the US government to target tax-evaders, requires overseas financial institutions to provide US authorities with information on "US persons" with accounts outside the country.

However, the JNBS boss, who was speaking during a Gleaner Editors' Forum held at the newspaper's central Kingston offices, said the legislation could create opportunities for new players in the financial sector.

"It does leave the door open for new entrants," he said.

"You could find somebody establishing a financial firm that could say that it will be FATCA-proof and, as long as it just does domestic business, it could well do that," he reasoned.

Jarrett said more depositors could also decide to hold on to their cash or enter into more "partner" arrangements.

He added: "We have here in Jamaica a very successful system of community-based savings."