We need to do more for our children - Samms-Vaughan 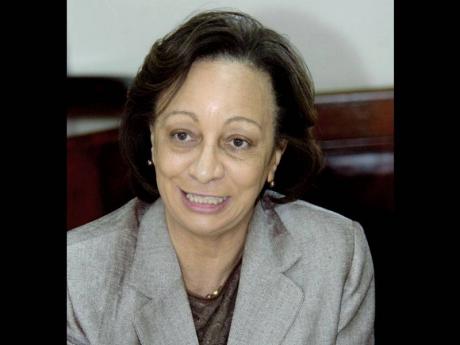 As Jamaica celebrates 50 years of Independence, chairman of the Early Childhood Commission, Professor Maureen Samms-Vaughan, says the country has fallen short in some critical areas where the development of children is concerned.

Speaking yesterday during the launch of Child Month 2012 at GraceKennedy Limited in Kingston, Samms-Vaughan, said the country has achieved some important things, but is failing miserably at others.

She said some of the areas that need attention are the protection of the nation's children and improvement in the education standards from early childhood to secondary level.

"We have not done well in protection rights, and we really don't know how well we are doing in participation rights because we are not monitoring it at all. Legislation has been important, but it has not been sufficient to ensure our children's well-being," she argued.

Samms-Vaughan lamented the state of the education sector, saying the performance of children has been unacceptable and more needs to be done.

Successes over the years

Among the major successes over the 50 years that she pointed out were the decline in fertility rate, a drastic decline in the number of teenage mothers, an increase in immunisation coverage and a fall in malnutrition.

Meanwhile, chairman of Continental Baking Company, Gary Hendrickson, said it was time to start improving education in the island.

"After 50 years of Independence, can we honestly say that we have been preparing our children to be watchdogs of that Independence?

"Just read the school inspection reports and the test results. The children are struggling, they don't have the resources and the support that they need and they are voiceless. We have to be the ones to speak up for them. We have to be their advocates," he argued.

Senator Kamina Johnson-Smith, the senior legal and regulatory counsel at LIME, said the increasing cases of child abuse have raised the national conscience about just how many of the nation's children are being neglected.

She encouraged people to take time out to love and care for children and to ensure that they are safe as Jamaica celebrates Child Month.

Child Month will be observed in May under the theme 'Jamaica 50: Let's Celebrate Our Children'.

Pauline Mullings, chairman of the National Child Month Committee, said the rationale behind the theme was to ensure that, as the country celebrates 50 years of Independence, children will not be forgotten but will be seen and deemed as an integral part of the nation's success.