Jamaica falling behind in agricultural production 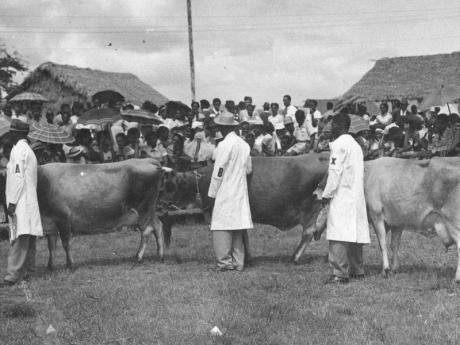 Four superlative cows of the Jamaica Hope breed parade in the cattle ring at a local contest in 1955. 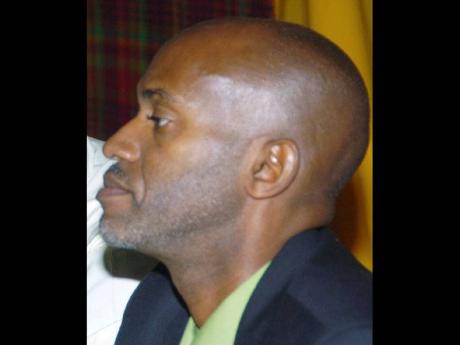 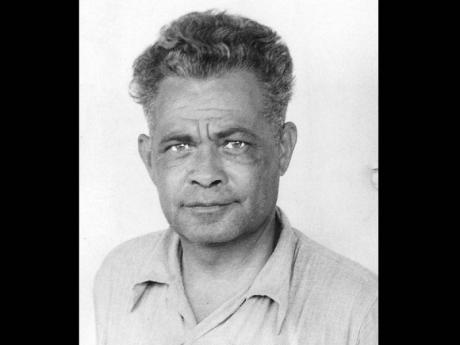 A failure to capitalise on the pioneering work of local scientists, which saw the nation leading the world in a number of areas up to the 1990s, has been blamed for Jamaica falling well behind the rest of world and struggling to catch up in the 21st century.

Making the disclosure this week, Don McGlashan, director general in the Ministry of Agriculture and Fisheries, noted that while Jamaica's climate and soil have traditionally provided great natural advantages, several of those early successes were, in fact, underpinned by the application of science, innovation and technology to the nation's agricultural pursuits.

"There was a time more than 60 years ago when Jamaica was a top-producing country for banana exports to the UK (United Kingdom); Orange River Research Station (in St Mary) recorded the highest yield of cocoa in the world; and we gave Hawaii pineapple germ plasm, and Hawaii is (now) noted for its pineapple industry," he said during a seminar on system biology and epigenetics for increased production on Tuesday.

"We can speak about ginger, coffee and papaya. In the early '90s, we were one of the best countries exporting papaya to the Netherlands, (along with) hot pepper, honey, and the list goes on," he noted.

No space for comfort

According to McGlashan, while on the surface Jamaica might not seem to be badly off, drilled down further, the picture changes. He pointed to the fact that in 2007, a third of the world's workers were employed in agriculture, but the sector accounted for less than five per cent of global gross production. In comparison, the local agricultural sector's contribution to the gross domestic product has hovered around the 6.6 per cent mark for the past five years.

However, the veteran agriculturist warned against taking any comfort in these numbers before going on to provide examples of Jamaica's poor showing on the international stage.

In onion production, Jamaica's average of eight to 10 tons in a good year falls well behind the 40-60 tons per acre produced in other countries. For tomato, the country averages 10 tons per acre, compared to between 50 and 60 tons per acre elsewhere.

Turning to citrus, the picture McGlashan painted did not get better.

"We learnt yesterday from Dr Percy Miller that in 1996, there were 4.5 million boxes of citrus being produced in Jamaica. Now we are down to three million boxes. In 1995-96, we did 463 tons of yams. (Today) we are significantly far off from those figures. Our farmers have been decimated ... ," he lamented.

The director general was giving an overview of agricultural production during a seminar hosted by St Jago Farm Supplies in collaboration with the agriculture ministry and Stoller International Inc (United States) at the Bodles Research Station in St Catherine.

Pointing out that this involves reviewing the successes we have had as a country and benchmarking our progress internationally, he could not resist mentioning the link with that facility and some of Jamaica's most outstanding achievements in agricultural research.

"We recall the efforts of T.P. Lecky, whose development of four tropical cattle breeds is still a first in animal breeding and genetics worldwide. Also, Sam Motta, whose name is linked to the introduction and implementation of modern pasture production systems in Jamaica," McGlashan reminded his audience.

He said the development work of Jamaica Hope at Bodles was closely paralleled by the introduction and investment of improved systems of pasture management, which provided a major part of the environment which allowed for full expression of the breed.

McGlashan also paid tribute to Dr Dinsdale McLeod, who is internationally acknowledged for his studies on fodder conservation, and who also worked with pasture management; Arthur 'Jack' Muschette, who is credited with laying the groundwork for development of a modern pig industry; and Ren Gonsalves, who has dedicated more than 30 years to banana breeding, in the process developing disease-resistant varieties.

The director general also paid tribute to the farmers in south St Elizabeth, regarded as Jamaica's breadbasket, for their dry-mulch system of cultivation, which was developed in response to the scarcity of water for irrigation. He pointed to the raised bed plastic-mulch system used in Florida, United States, noting that it was in all likelihood patterned from this system developed by the St Elizabeth farmers.