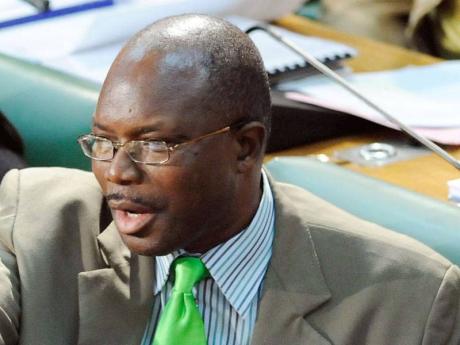 IF EVERALD Warmington had his way, the politicians on the Electoral Commission of Jamaica (ECJ) would no longer receive a salary from the public purse.

The South West St Catherine Member of Parliament, in a Private Member's Motion tabled in the House of Representatives on Tuesday, said the politicians should be paid by their respective political parties.

Warmington, in moving his motion, said, "The paramount interest of these nominated members is to act as protectors of the interests of their political parties and not the people of Jamaica."

He said immediate action should be taken to terminate the payments being made from the public purse to the political representatives.

The members representing the leader of the opposition are Tom Tavares-Finson and Aundré Franklin. They earn $8 million each by being members of the ECJ.

Dr D.K. Duncan and Peter Bunting represent Prime Minister Portia Simpson Miller. Duncan is paid $4.7 million because he is already being paid as a member of parliament. Bunting's salary from the ECJ is slightly less - $2.5 million - by virtue of him earning a $5.5-million salary as a minister of government.