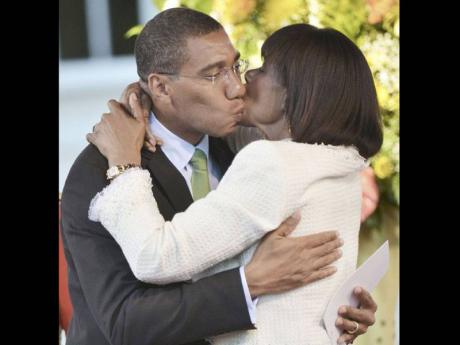 The comments on my article 'Send the two parties into retirement' published on March 26, 2012 were encouraging. They were mixed, and although the majority shared my sentiments, others, understandably, thought the idea absurd.

What was encouraging was the curiosity all expressed as to an alternative to the 'retirement' I suggested. I expected and welcome this reaction.

When I proposed my alternative system in 1992, I was aware that the only two systems of governance familiar to Jamaicans were capitalism and communism (which was alive and well then). The model that I then proposed was a mixed bag, guided by the character of the Jamaican people.

I had examined several systems, in operation in various parts of the world, and then designed my model based upon what Jamaica, as a new nation, needed to accelerate our growth as a new nation.

I realised then that the Westminster-type system and its variants in the developed world were not suited to new nations. This was not a popular view then, given our admiration of developed nations. It probably isn't popular even now, despite the failure of our political parties to emulate the effective use of the system in a developed society.

Hence, in the publication of my model, I used the word 'unsuited' to describe the Westminster model. I did not dare condemn a system that we were so accustomed to, and which we were given by our emancipators.

I am writing this to argue for an approach that is not divisive, as we struggle to attain real independence. Jamaicans must regain the hope they had for an island that would take its place among the foremost nations of the world, instead of slipping back to where some wonder whether we should have been set free to manage our own affairs.

I think that we can, but not when we fight each other for no good reason.