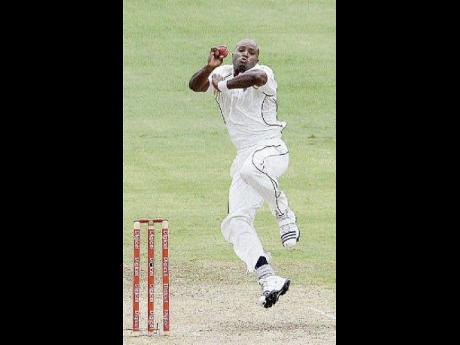 Cellphone provider Digicel and the West Indies Cricket Board (WICB) are currently negotiating the renewal of a US$20-million (J$1.76 billion) sponsorship contract which ends September.

The sponsorship provides a lucrative deal for the regional team and, in exchange, Digicel receives vast brand exposure for its regional markets. WICB will seek bids from rivals but Digicel has an option to match any bid.

"We continue to have dialogue with the WICB on potential future sponsorship with an option to match any offers received subsequently," said Jacqueline Burrell-Clarke, public relations manager, Digicel Jamaica in response to Financial Gleaner queries.

WICB said that it would seek to maximise its stakeholder's interest in this round of negotiations.

"Discussions are continuing with Digicel on the future relationship and members can be assured that all efforts will be made to ensure that the best interest of West Indies cricket is protected," said WICB president Julian Hunte in his 2012 President's Report released last month.

WICB's latest financials for the year end September 2010 indicated a US$5.4-million net loss compared with a US$7.6-million profit in 2009. The loss was resulted from a 50 per cent cut in its revenues to US$24 million due to plummeting earnings from media rights.

Said Hunte on broadcast negotiations: "Discussions are ongoing with a number of broadcast partners for a new arrangement to be put in place. The Future Tours Programme has been approved and publicised by the ICC and members can note all international cricket tours which have been finalised between full members until 2020".

Digicel declined to say whether sponsorship negotiations would likely conclude prior to September.

"While we cannot comment on remarks from President Hunte, suffice it to say that this is the single largest sponsorship the WICB has ever obtained and as such, one would expect due care and attention would be given to it in its reconsideration," Burrell-Clarke said.

The WI cricket sponsorship became a heated topic in 2005, when telecoms rival Cable & Wireless, which now trades as LIME, sponsored six West Indies players despite Digicel's sponsorship of the West Indies Cricket team. The matter escalated into a regional spat with prime ministers attempting to arbitrate.

In 2007, Digicel entered into an extended sponsorship agreement with the WICB, which guaranteed yearly sponsorship payments of at least US$4 million, including the continuation of the Digicel player incentive fund and a comprehensive youth programme.

The contract, which came into effect ahead of the Windies away tour to South Africa in October 2007, also offered enhanced opportunities for the WICB to attract more corporate sponsorship of West Indies cricket. These included branding rights at test match grounds and sponsorship rights to any tri-nation series.