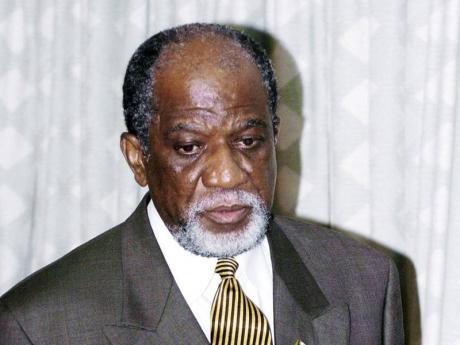 Ryland Campbell presided over Capital and Credit's annual general meeting for the last time on Wednesday, assuming nothing derails the company's merger with JMMB, and tried to reassure shareholders that the future was filled with promise.

In what often came across as a farewell speech, Campbell, the chairman and group president of Capital and Credit Financial Group (CCFG), told shareholders not to fear the coming changes, but rather to embrace it as an opportunity to reinvest in growth.

"Some of you may be concerned about the changes. Change brings challenges but we must face the change with reality. So I ask you to understand that the change is an opportunity for growth and development, and I ask you to recognise that this is an important decision that we have to take," said Campbell, at the AGM held at the Terra Nova Hotel in Kingston.

"We must be wise as business people to know that when opportunity arises - and we look at the circumstances and the landscape - that we make the kind of decision that will facilitate growth and benefit those that have invested in it," he said.

Jamaica Money Market Brokers was given the nod in April by the Ministry of Finance and Planning to formally make the offer to acquire CCFG, but its final approval of the deal will come later.

The acquisition, which will give JMMB, a long-sought banking licence, is subject to JMMB fulfilling certain prerequisites under the Banking Act, Campbell said.

"The process now is that the finance minister has given his approval to the acquirer, with formal approval contingent on the acquirer meeting certain stipulations under the relevant section of the Banking Act," said Campbell.

The CCFG chairman did not disclose to shareholders what the requirements were, saying it would be up to JMMB to comment.

However, he said closure of the deal could come within the next two months.

Efforts to reach JMMB group CEO Keith Duncan and other executives were unsuccessful up to press time.

JMMB is acquiring CCFG at J$4.55 per share in a cash and shares combination deal valued at J$4.22 billion - 70 per cent of J$2.95 billion will be cash financed from JMMB's internal resources while the other 30 per cent will be issued in the form of JMMB shares to CCFG shareholders.

The CCFG shares are now trading at J$4.64, which means that the offer as it now stands undervalues the stock by two per cent. However, JMMB shares are trading above J$10 or double the price of the CCFG stock.

By Financial Gleaner calculations, a shareholder with 1,000 CCFG shares now valued at J$4,640, would gain 37 per cent on the investment were the offer to be executed today.

The agreement that JMMB has struck with Campbell and other big shareholders will give JMMB 81 per cent of the company immediately. By law, it has to put the same offer to minority shareholders.

CCFG shareholders are to vote on whether to approve the merger at an upcoming special meeting, expected to be chaired by Campbell. None seemed averse to the acquisition deal at Wednesday's meeting.

The deal ends Campbell's 18-year control of a company he built from the ground up.

The merger of JMMB and Capital and Credit will create a powerhouse with assets of J$153 billion, a 188,000 client base and some J$180 billion in funds under management.