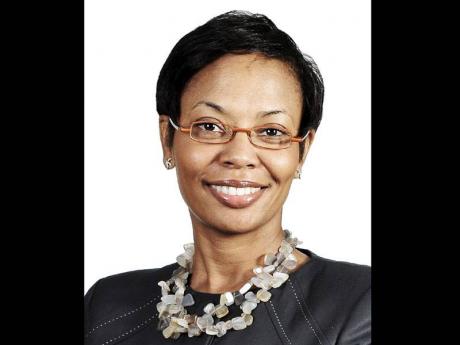 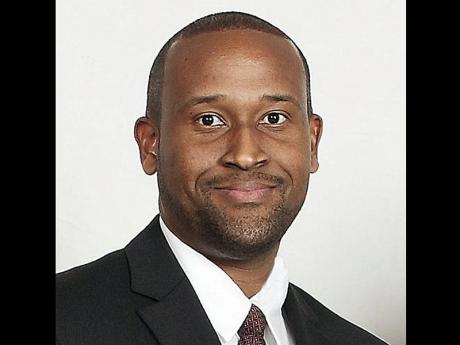 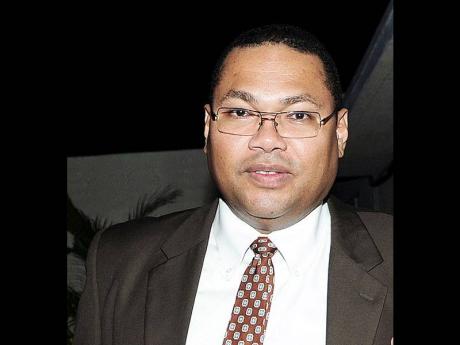 Edmundo Jenez, manager of the Automated Clearing House and general manager of JETS. 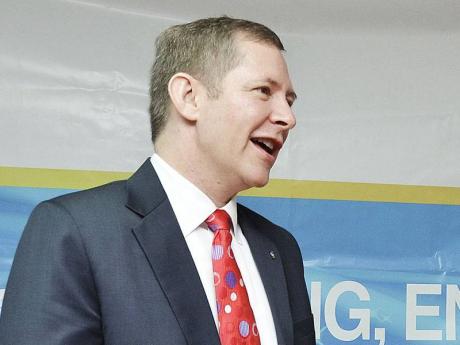 Jamaica's central bank has lowered the ceiling on bank transactions that can be processed through the old automated clearing house system, the ACH, in a move designed to migrate more business to the digital Real Time Gross Settlement System (RTGS).

The Bank of Jamaica (BOJ) has cut the value threshold on large transactions through ACH by 40 per cent, from J$5 million to J$3 million.

Effective April 1, 2012, all transactions valued at J$3 million or higher must be cleared in the two-year-old RTGS, which the central bank says is intended to reduce net settlement risks.

The RTGS, branded as JamClear, is supposed to be more beneficial to bank customers because the electronic system clears transactions within a few minutes up to a maximum of two hours.

For businesses, the RTGS frees up cash flows more quickly.

For the BOJ, the system is a more efficient way of reducing risk.

Under RTGS, transactions are settled across accounts held by banks at BOJ on a continuous basis. Settlement is immediate, final and irrevocable; so credit risk due to settlement lags are virtually eliminated because funds have to be available for the transactions to occur.

"At a very high level, there is not a big impact on float or fees for banks. From the banks' perspective and that of the customer receiving the funds, the benefit is that when funds are settled by RTGS there is no risk of 'returned cheques' which reduces potential for losses," said Scotia Group Jamaica president and CEO Bruce Bowen.

"For the customer sending the funds, they lose the 'float' of keeping money in their accounts for a few days, but this benefit is gained by the customer receiving the funds. Customers receiving funds also avoid having 'holds' placed on cheques deposited," he said.

Subscription to the RTGS has been aided by the application of a J$5,000 penalty fee on banks for cheques that breach the threshold but are not cleared through the RTGS.

The banks, however, are inclined to treat the penalty as a pass-through cost to customers whose transactions are in breach of the settlement rule.

Customers are now advised immediately of their options and the penalty they face if they choose the ACH.

National Commercial Bank (NCB) notes on its website that BOJ has assigned each commercial bank a target of migrating 50 per cent of their large-value transactions to the RTGS system, or otherwise pay the J$5,000 penalty per transaction found in breach.

"Customers are encouraged to use RTGS to originate these payments, as issuing large-value items will incur additional charges," NCB said.

BOJ is phasing in the migration to RTGS. The programme began in 2010, but the initial starting threshold of J$5 million was implemented in April 2011.

NCB, Jamaica's largest commercial bank, in a crafted response to request for comment, simply reiterated what the RTGS is meant to accomplish.

The threshold for transactions is reviewed annually, with the goal of eventually reducing it to around J$1 million.

"When this is achieved, banks will be able to better measure the full benefits of RTGS," NCB's Allison Lyn, assistant general manager of the centralised operations, group operations and technology division, told the Financial Gleaner via email.

Said Bowen: "The biggest negative, in my view, is that it requires a change to the way that people make large payments; and for everyone - customers and banks - any change in customary behaviour does not come without some discomfort."

The ACH is operated by Edmundo Jenez, who is also general manager of JETS which provides and manages the platform for the Multilink transaction system used by local banks.

Jenez said that since the introduction of RTGS, settlement risks for the ACH has already fallen by 50 per cent.

"The ACH system is intended for the batch processing of a large volume of low-value payments by the mechanism of net settlement that sums up all funds being exchanged between banks, resulting in a single payment from or to a bank. This works well when handling many thousands or millions of individual payment exchanges," he said.

"As the value of the individual payments increase, the net settlement system can be at greater risk of not working correctly, if say a single big item fails (to clear). This in turn causes the net settlement to be recalculated and can result in widely varying results in the net settlement figures for which a bank has to be prepared to cover."

Jenez said, for example, that a bank might expect to receive a single net payment of say J$1 million, but if a single individual item of say J$100 million fails to complete clearance, the net settlement could result in the bank having to pay out J$200 million instead of receiving the expected J$1 million.

"This unpredictable result, due to the complexity of unwinding the net result of a large volume of payments, is made even more dramatic when very large value single payments are involved," he said.

With the lowering of the threshold to J$3 million - which means the ACH should only process cheques below that mark - Jenez said it should result in a 60-70 per cent reduction in risk.

"The ultimate goal of the BOJ is to achieve near 80 per cent reduction at a threshold of J$1 million," he told the Financial Gleaner.

"With the RTGS, all payments are processed on a one to one basis - there is no net settlement - so that good funds need to be available before an RTGS payment can be executed. This effectively eliminates settlement risk for these payments since all transactions are fully funded before transfer," the ACH operator adds.

Local banks, meanwhile, are seeing the progressive integration of larger payments into real-time transactions as one with benefits for the BOJ and financial institutions alike, with the only potential roadblock being merchants and individuals who experience discomfort with the speed at which funds move.

But, even among these, the logic of reduced risk is expected to be compelling, over time.

"Specifically, there has been no significant impact on 'floats' or fees. To be sure, any float that a bank may have had previously was intra-day as, effectively, net settlement on all cheques successfully processed through the ACH occurs at the end of each day," says Scotiabank Vice-President, Treasury, Gary-Vaughn White.

"The lowering of the threshold is on the value of cheques processed through the ACH and not on amounts flowing through the RTGS system. Based on the factors mentioned, interest earned on overnight funds would not have been greatly impacted because of the RTGS implementation," he said.

Ticking off the benefits of RTGS, White said they include fast and secure receipt of funds; receipt of time-critical and large-value payments in real time; no issue of lost, misplaced or bounced cheques; and reduced risk of cheque fraud.