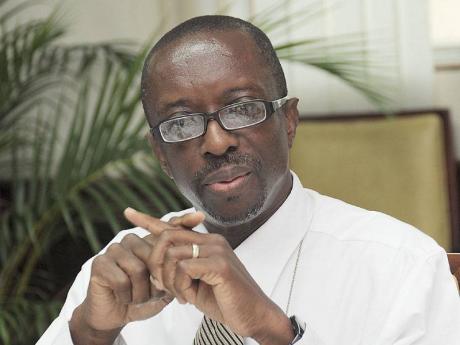 Inadequate monitoring by an understaffed Public Health Department may have inhibited timely detection of the recent upsurge in the rat population across the Corporate Area.

"It's possible that (inadequate monitoring) could have contributed. Some of these owners of open lots, it takes a lot of due diligence to find these people, to have them fence and protect these properties, so if you have enough people to closely monitor all of these properties, then certainly you would have reduced the infestation," said Baker.

He explained that the department divides areas into "sanitary districts" and one officer is assigned to each district.

"So every entity including ... government offices, private places ... will be monitored. But because we have dwindled in resources, that has become a problem," he admitted.

While not saying there was a public-health crisis, Baker cited the lack of public health inspectors. Baker revealed the department only had 70 inspectors. Based on past calculations, the department should have 101 but, because of the subsequent demand, that number needs to be revised.

"Remember you will always have people on different kinds of leave, so we might actually have 40 (active)," he revealed. Baker estimated that from the Kingston and St Andrew Department, seven officers had been lost over the past three years. He admitted that no studies have been done to ascertain why the department is losing inspectors but when asked to give an opinion, Baker said "there are other fields that are more attractive, let's put it that way".

He then highlighted the challenges in terms of the sheer numbers of places to be inspected.

"We have 12 programme areas. We have to process all the ships or the aircraft that come into the island. We process 2,800 vessels and just under 7,000 aircraft per year ... and we have over 7,000 restaurants/food establishments. We have institutions, we have over 700 schools," he said. When quizzed about the possibility of large numbers of rats coming on ships, Baker was not convinced.

"We are not seeing where we have a lot of rats on any ships because we are monitoring closely. I'm not saying rats are not coming in, but it wouldn't be large numbers coming off ships."

Ironically, yesterday news broke of a shipment of red kidney beans from Belize contaminated with rodent droppings. It was confiscated by the Food Storage and Prevention of Infestation Division of the Ministry of Industry, Investment and Commerce. The 750 bags were discovered following routine inspection of a container at a storage facility at the Kingston Harbour. Recently, rodent body parts were also found in a shipment of imported rice.