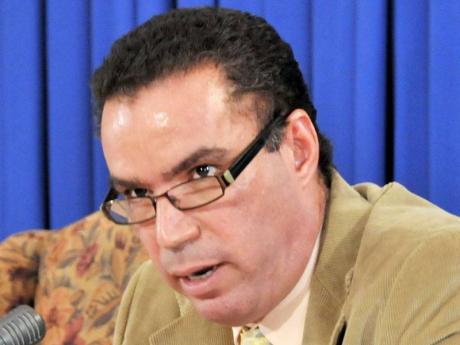 FORMER MINISTER with responsibility for information in the Bruce Golding administration, Daryl Vaz, has parted company with Opposition Leader Andrew Holness over a decision by Cabinet to ignore concerns from the Office of the Contractor General regarding three major projects.

Vaz told The Gleaner yesterday that he welcomed the decision of Cabinet to establish a three-member panel to provide oversight and monitoring of the projects.

"I can understand the concerns that have been raised, including those expressed by the leader of the Opposition, but I can fully sympathise with the situation that Government finds itself in, and I think the announcement of the monitoring team is a bold and practical move," Vaz, an opposition member of parliament (MP), said.

In a statement to Parliament on Tuesday, the minister of transport, works and housing, Dr Omar Davies, announced that the Government would be pressing along with negotiations which could lead to the completion of the north-south link of Highway 2000; the Gordon Cay Container Transhipment hub, and the Fort Augusta Container terminal.

The OCG, headed by Greg Christie, had stated it was not in agreement with the direct negotiations with investors in relation to the three projects. The office had said the projects should be subject to competitive tender.

The independent oversight panel, which has been established to expand the framework for monitoring the award of contracts, is to be chaired by Professor Gordon Shirley, principal and pro-vice-chancellor of the University of the West Indies, Mona. He is to be joined by businessman R. Danny Williams, and Everton McDonald, a retired territory senior partner at PricewaterhouseCoopers.

The Gordon Cay Container Transhipment Hub project represents an unsolicited proposal from CMA CGM Group of France, the world's third-largest shipping conglomerate, to the Port Authority of Jamaica to develop a container trans-shipment facility at the Port of Kingston.

Cabinet last August approved the signing of a non-binding memorandum of understanding to facilitate the undertaking of studies to assess the feasibility and viability of a proposal from CMA CGM to develop a new berthing capacity at the Port of Kingston.

"The feasibility studies are being undertaken at no cost to the Government and do not represent any legal commitment on the part of the Government or its functionaries to award a contract to CMA CGM when the MOU expires," Davies told Parliament.

In the case of the Fort Augusta Container Terminal, China Harbour Engineering Company Limited (CHEC) last July expressed an interest in providing private investment to develop a new container terminal on lands owned by the Port Authority, as well as lands to be created by dredging at Fort Augusta.

Cabinet also gave approval for the PAJ to proceed with the implementation of a non-binding MOU with CHEC for the development of a container terminal at Fort Augusta, including the associated development of lands at Caymanas.

In the meantime, Vaz yesterday lauded Davies for continuing with the projects. He said he had personally briefed the minister after the new Government was sworn in last January, advising him of those and other projects that could yield economic rewards for the country.

"I am heartened to see that the new Government has followed up on the projects and appears committed to ensuring Jamaicans benefit. I see it as a new day in our politics when we put politics aside and work for the people," Vaz said.