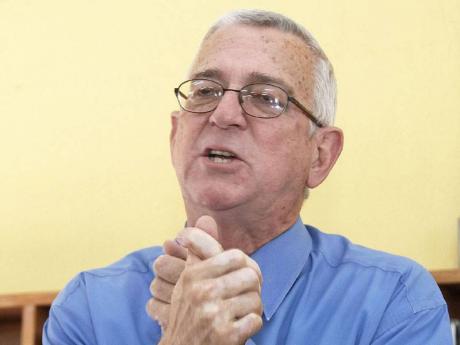 THE GOVERNMENT and the Jamaica Independent Schools Association (JISA) are to work more closely in an effort to ensure the continued existence of private schools across the island.

The JISA opened its three-day conference at the Sunset Jamaica Grande in Ocho Rios on Wednesday with education minister Ronald Thwaites extending an invitation to the schools to open discussions with the Ministry of Education on ways to support these institutions, especially in light of a decline in enrolment.

"The Ministry of Education remains open and invites the independent schools association to enter into discussion and negotiation with us now, as to by what means that they have qualified, we can relate to these institutions that are in difficulty to ensure that they stay open and that they maintain that stability that the system needs so much," Thwaites said in delivering the opening speech.

Thwaites acknowledged the difficulty facing schools, especially in light of the number of jobs - more than 100,000 - that have been lost over the last few years.

However, he noted that there was unlikely to be direct subsidies.

Speaking with The Gleaner later, JISA president, the Reverend Sylvester O'Gilvie, underscored the importance of such a cooperation.

"The private schools, as we see it now, are taking the burden off the Government, because without their existence the Government's budget would have been doubled, because all of these students would be in the government school and the government would have to build new schools. So it would be good for them to be working closely with independent schools and to support them in whatever way they can," O'Gilvie said.

He said the main problem affecting independent schools was finance.

O'Gilvie said: "Because there are a number of persons or parents who have lost their jobs, you find that the school fees are outstanding. And without the parents contributing significantly, the school cannot operate because we depend totally on fees coming into the system; so if there is a shortage of fees then it will affect the operations of the school; you're not able to cover your daily expenses and all of that; that is a serious challenge."

The conference, being held under the theme '21st Century Schools, Change or Die, Call to Action', has attracted scores of principals from the schools that form the association.

The conference is looking at, among other things, changes that are necessary for schools to survive.

"In other words, most of us are from the analogue schools and we are now teaching digital children; so we have to learn how to make that transition from analogue into digital," O'Gilvie said.