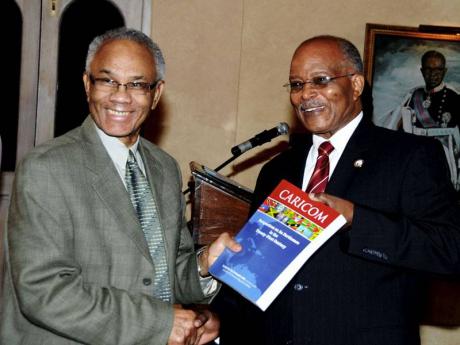 WINSTON ADAMS, president of the University College of the Caribbean (UCC), has said he intends to position the institution as one that is recognised globally and headquartered in Jamaica.

Adams made the announcement during the launch of the University College of the Caribbean Foundation, held recently at King's House, St Andrew.

He described UCC as a force to be reckoned with and as one that delivers high standards when it comes to excellence in faculty, students and programmes.

"However, we must establish strategic partnerships and enduring community relationships whereby our pool of knowledge base and financial resources can only propel our faculty and students forward," Adams added.

The foundation is to accumulate funds to intensify growth and broaden collective capacities to fuel the expansion of UCC.

"Many years ago, I had a vision of breaking all barriers of geographical, social and economic constraints so that Jamaicans could be afforded the opportunity to educate themselves and pursue paths that were once only mere dreams," Adams said.

On the foundation's immediate list of priorities is the establishment of a state-of-the-art library that will serve as a teaching and learning-resource centre fully accessible to users, with growth space for major academic collections, technologies and a conducive environment for work and study, 24 hours a day.