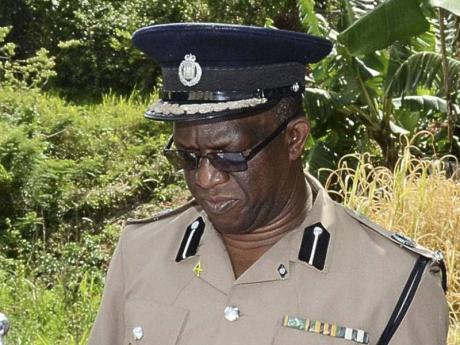 A TRAINING course for police sergeants from Area 3 of the Jamaica Constabulary Force (JCF) is currently under way in Mandeville.

The course, which will last for five weeks, began recently and is intended to improve the leadership skills of the 36 police sergeants on the course. As a result, it should improve policing in Area 3, which comprises Clarendon, Manchester and St Elizabeth.

Coordinator of the course Detective Inspector Lorna Patricia Calame said she was pleased with the quality of the sergeants who are participating in the course. "I am impressed with their high level of maturity and they are demonstrating superior supervisory or management skills," she said.

Speaking on the importance of the course, she said, "In order to be on par with our counterparts in other regions of the world, training has to play an integral role. At the end (of the course), we expect that they would have grasped all the new concepts to bring the JCF to a higher level, so that the public can see more coming out of us."

Head of Area 3, Assistant Commissioner of Police Derrick Cochrane, in one of his presentations said, with the changing environment and changes in international policies, organisations have to continue training their members and that the JCF is no exception to this.

"In this era of responsibility, accountability and transparency, good supervision is paramount. Your job security and those who you supervise are contingent on your actions or inactions in this regard," said Cochrane.

Speaking about the recent outcry of the public to police shooting, he said: "It was not only the local public and civil society, which were responding (to the shootings), but also the international community, which included some of our international partners."

Cochrane disclosed that there were new measures being discussed to address the issue of transparency. "There are talks going forward of equipping police personnel with cameras in their helmets and vehicles to record police operations. This is standard operating procedure for police organisations worldwide."

He said that technology has also allowed the public to compare and contrast policing methodologies worldwide, and that they (public) want the JCF to employ best practices in this regard.