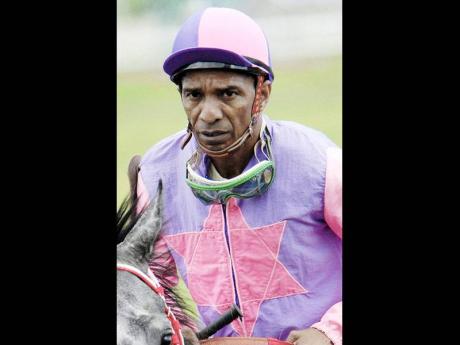 Tomorrow's Bigga Oaks Day 11-race programme, featuring the 73rd running of the Oaks for three-year-olds fillies over 2000 metres, offers a significant number of carryovers on the day.

The Pick-9 embraces races three to 11, while the second Super-6 will be conducted from race six to 11.

We look at the first Super-6 which begins with a 1200-metre race for high claimers in which six starters have been declared. Despite the small field, there is rich form present in the recent winners TRIAL LAWYER, EMERGENCE and ROMEZ.

Others expected to figure are MACHISMO and especially WINCHESTER, the one I like best following his strong second to the fleet-footed MR. SKILL over 1000 metres (round) last Saturday.

WINCHESTER was staying on strongly, and given the additional furlong of this race, should catch old rival TRIAL LAWYER, who beat him by 13/4 lengths into third place when they last met over 1300 metres on March 28. The claiming apprentice Chalrick Budhai was aboard then. Tomorrow, the Richard Azan-trained WINCHESTER will have the services of leading all-time jockey Winston 'Fanna' Griffiths, who has ridden 11 winners from only 32 rides this season.

Next on the programme is a $180,000 claiming race over the straight-five course to be contested by nine starters, including the down-in-class horses REDS THOMAS (Aaron Chatrie up) and WILLINSTON (Shane Ellis).

Both have good speed and should gallop on to the main track locked in an intense duel ahead of OVERPRICED and ITAINTEASYBEINGME. It could go either way between the top two, but the edge goes to WILLINSTON from the stables of ex-jockey Phillip Elliott, who has done well with his small string of horses this season.

It should be Griffiths again aboard the consistent HERMOSO AMIGO in the third race over 1400 metres, following his close second to RED FLAG over 1300 metres on Easter Monday, a race in which SIR SOUTH finished 21/2 lengths third. SIR SOUTH is one of her six opponents today, along with the recent winner SUNDOWN who will be gunning to make all.

The recent course winner REGGAE ROCK returns 3.0kg lighter for the fourth race, again over the straight for $180,000 claimers (again), and is confidently expected to repeat in a field of 10.

In the fifth for native-bred three-year-olds over 1100 metres, take SLICE OF LIFE who has looked razor sharp at exercise in preparation for this race. Trained by Richard Azan, the Dayton Flyer filly galloped five furlongs in a fast 1:00.3 at exercise (bullet work) on Sunday morning and should prove too good for MOM'S SECRET and PRICELESS GOLD.

Close those Super-6s with the Wayne DaCosta-trained LISA VIBES in the sixth after chasing home Oaks favourite STAR FLYER at 1200 metres on March 24.