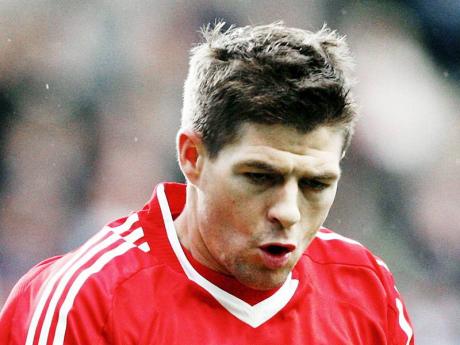 Liverpool are set to welcome Steven Gerrard back into their side tomorrow when they visit Carrow Road to face a Norwich City squad close to ensuring their Premier League safety.

Gerrard was left out of last weekend's 1-0 loss to West Bromwich Albion with a hamstring injury, but he will be back against Norwich with an eye on next weekend's FA Cup clash with Chelsea.

"We said it was just a precaution so he's back training," manager Kenny Dalglish told Liverpool's official website. "He's been training all week, so there's no other problems."

The Reds have won once in their last 10 Premier League games, with seven defeats in that span. They are 37 points behind leaders Manchester United and have not finished more than 37 points behind an English champion since they were promoted to the top flight in 1962.

Dalglish's side sit in eighth place on 46 points, and the possibility is real that Liverpool could finish in the bottom half of the table.

Liverpool will also be without midfielder Charlie Adam, who will miss the remainder of the season - including the FA Cup final - with a knee injury.

Norwich City would draw level on points with Liverpool with a victory. The 13th-place Canaries have also been in stuttering form as they seek to avoid their first three-match Premier League losing streak.

Paul Lambert's side turned in a jaded effort as they fell 2-0 on the road to relegation-threatened Blackburn Rovers last Saturday.

"There is no doubt people feel tired, but you can't afford to stop doing all the work that has got you where you are, that's the game of football," Lambert told Norwich City's official website.

James Vaughan, signed in the summer from Everton, made his first start for the Canaries and was replaced on 59 minutes. Vaughan, plagued by injuries, made his fourth appearance with the club.

"I think the one plus thing for us is that James Vaughan did very well for the hour that he was on for," Lambert said. "I thought he was a handful and I was delighted for James."

The Canaries are nearly assured of remaining in the Premier League, and Lambert is pointing to a strong finish for his side.

"We've got a mammoth game against Liverpool coming up, and that's what you play football for," Lambert said.

Dalglish, meanwhile, rued his side's misfortune as the Reds came up empty despite outshooting the Baggies 27-9.

"They just need a bit of luck I think," Dalglish said. "It sounds repetitive but it's not an excuse. We're not running away from something. It's not as if there's something drastically wrong. It is just a piece of good fortune that we need."

The reverse fixture at Anfield on October 22 finished at 1-1 as Craig Bellamy's first-half goal was cancelled out by Grant Holt's strike in the 60th minute. Liverpool outshot Norwich 28-13.