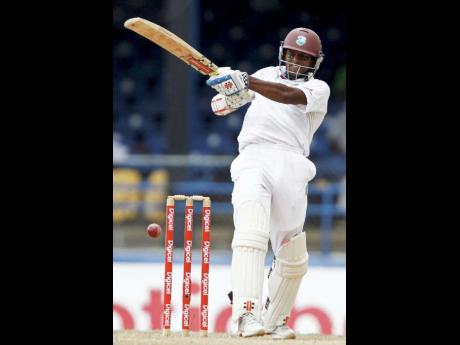 Shivnarine Chanderpaul has been a mainstay of the West Indies cricket team. - AP

Shivnarine Chanderpaul doesn't possess the powerful strokeplay of a Vivian Richards or the mastery of a Brian Lara, but he deserves his place in the annals of great West Indian batsmen by virtue of his dogged determination and his ability to consistently score runs against quality opposition.

He has been the mainstay of the West Indies batting since the retirement of Lara, and though without flamboyance, he is the unsung hero of the team.

In becoming the 10th player in Test history and only the second West Indian to score 10,000 Test runs, he has demonstrated his resilience, class and fortitude under pressure.

That he has played most of his Test cricket in a declining West Indies team, where he is often left as the last man standing, is testimony to his focus and application. His average of just over 50 places him among the best in the world at present.

He has scored the vast majority (72 per cent) of his runs against the best teams of the last decade (Australia, India, South Africa and England). Since 1995, he is one among only seven batsmen to score more than 1,500 runs against Australia, the best Test team in the period.

Like fine wine, he has got better with age. In his last five years of Test cricket, on three occasions, he has averaged above 100, including this current series against Australia.

On Thursday, he chalked up the 58th half-century of his career and probably is disappointed that he hasn't converted more of these beyond the 25 centuries against his name.

Eighteen years after his debut and 140 Test matches later, I hail Shivnarine Chanderpaul as a true and faithful servant of West Indies cricket.