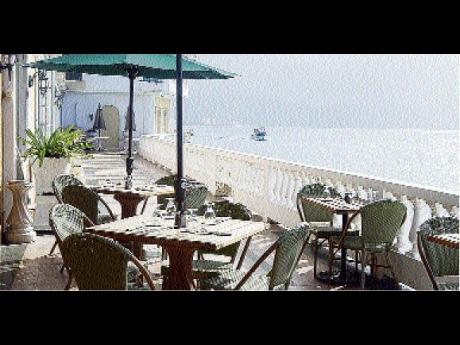 The patio of The Twisted Kilt on Montego Bay's hip strip. - File

Fans of international icon Whitney Houston will get a chance to savour the music that made her famous on Friday when Montego Bay's Twisted Kilt debuts its new entertainment series, Gimmie di Bass, with a special package entitled Tribute to Whitney Houston.

"We want to start the series with a bang," said Raven Amani, executive producer of the new series.

"We could not think of a more appropriate way to start this series besides doing a tribute to Whitney Houston ... everybody loves Whitney Houston's music."

Houston, who mastered several genres to include R&B, soul, gospel and pop in an amazing career which saw her becoming one of the best-selling artistes of all times with worldwide sales of 170 million albums, died in early February.

At the time of her death, she was struggling to relaunch her career, which was ravaged by drug and alcohol abuse.

So as to ensure that patrons get the closest thing to a real Whitney Houston concert, the joint promotional team of Bass Inna Face Music, Jorja Events, and Twisted Kilt, decided, after much deliberation, that Jamaica's reggae songbird Gem Myers, an established recording artiste in her own right, was the artiste best suited to recapturing the magic of the legendary singer.

"A lot of names came up for consideration, but in the end, we had no choice but to settle for Gem Myers," said Amani.

"Given her charisma, her tremendous range, and commanding stage presence, we feel she is the most suitable person to represent what Whitney Houston was able to do musically."

In addition to being a household name on Jamaica's north coast hotel circuit, where she has developed an awesome reputation as a master at singing cover versions, Gem Myers is also known on the recording circuit for songs such as her smash hit single, One Man Girl.

Myers will be supported by the internationally acclaimed bass player Taddy P and his dazzling show band, The Blow Band, which features some of the most talented musicians in Jamaica.

Taddy P, who is dubbed as the man who makes the bass guitar talk, is currently getting rave reviews for Gimme di Bass, which includes songs such as Tanya Stephens' Heart of Stone and Mackie Concious' Leave the Crumbs Alone.

The new entertainment series, which is aimed at repositioning The Twisted Kilt as the premier entertainment spot on the scenic Montego Bay Hip Strip, will be staged once per month with a special concept each month.

"We believe the tribute to Whitney Houston will give us the perfect platform to build on," said Amani. "We are definitely aiming to make it an unforgettable experience."