Partying for a cause - Kreative Concepts commits to helping children 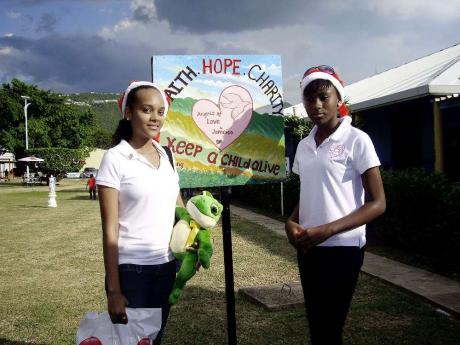 Keisham Backas (left) and Toni-Ann Anglin, members of the Angels of Love, Jamaica charity, have recognised the importance of giving back to those in need. - Contributed 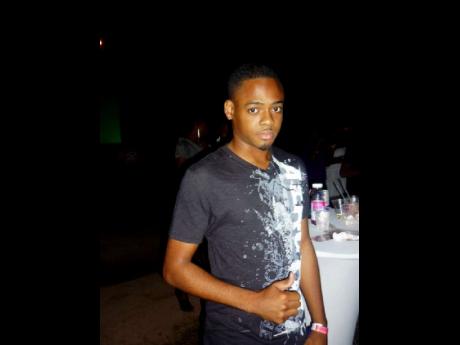 Members of the Kreative Concepts group, host of the biannual event Sweet Escape, racked their brains trying to come up with a way to celebrate their three-year anniversary while joining in the islandwide celebrations of Jamaica's 50th year of Independence.

"It was while reading an April 1, 2012 article - an interview with Dr Sandra Knight - that it dawned upon me. The article spoke of dreadful realities faced by Jamaican children and immediately the Kreative Concepts group decided to embark on a project that could identify and help change such a reality," expressed Kwasi Henry, lead promoter of the group.

The group's research for a suitable charity led it to the Angels of Love, Jamaica, a non-profit organisation dedicated to providing lifesaving treatment, health care, education and support services to children with physical, mental or emotional troubles.

"These children have not been able to attend regular school, socialise and live normal lives, and Kreative Concepts has taken the initiative with the hope to make a change in their lives by doing as much as we can to keep a child alive," said Leigh-Ann Lewars of the group.

Another member, David Bonner, told The Gleaner that they have several upcoming fund-raisers to aid the organisation.

"A number of projects are lined up not only to raise funds to support this initiative, but also to raise awareness of the Angels of Love, Jamaica organisation, and by extension open the eyes of the Jamaican public to the state of living of some of our nation's children," said Bonner.

Projects such as coin drives, raffles, barbecues and bake sales will be among the fund-raising activities.

All this will be executed with the help of the promotions team at Kreative Concepts.

A contribution of the profits from Sweet Escape to be held on Friday, June 29 will also go to the organisation's aid.

The group is urging corporate Jamaica and other individuals who can assist with this initiative to do so no matter how small the contribution.