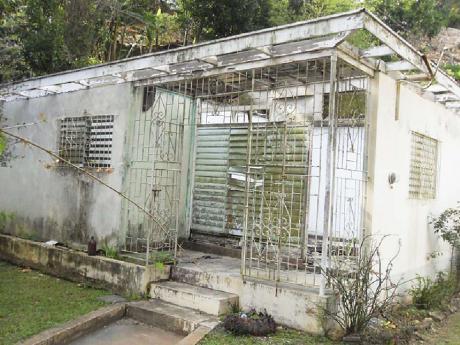 The damaged structure of the nurses' quarters in Connors, St Catherine. 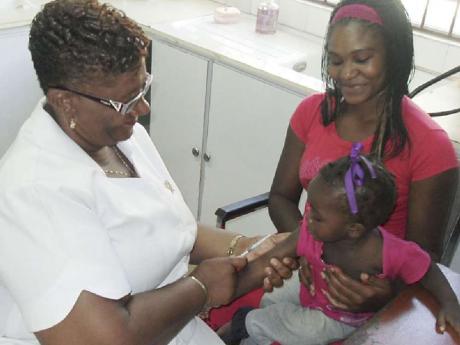 SEVENTY-THREE YEAR-old Caleb Watson of Connors, a deep rural community in west central St Catherine, suffers from high blood pressure. So he relies greatly on getting regular blood pressure and other medical checks at the Connors Health Centre. However, he said the absence of a doctor at the facility - built in the early 1970s - since 2007, has been posing a challenge.

"It was going on pretty good and then ... no doctor. We have to go to Old Harbour Health Centre to get look after and get medication, and even sometimes when I travel so far, I still don't get it and have to buy it at the pharmacy," he lamented.

But the doctors who provided medical service at the Type 2 health centre, which currently functions as a Type 1, were not assigned by the Ministry of Health. They were from HOPE Worldwide Jamaica, part of HOPE Worldwide, a global, medical, volunteer organisation and a United States Agency for International Development-registered charity, which operates in more than 100 cities globally.

"We had several mobile medical clinics, but due to lack of funding, we had to stop operating. It wasn't just that one (Connors), but all the areas that we used to visit," explained Karen Daye, administrator and programme coordinator, HOPE Worldwide Jamaica.

Nevertheless, he indicated that there are plans in place, which fall in line with the Ministry of Health's focus on primary health-care renewal, which, among other things, speaks to adequately staffing primary health-care facilities in order to effectively deliver treatment and care to patients to reduce the burden on the country's hospitals.

"However, our plans are impeded by the challenge we face in recruiting and retaining medical officers for health centres like Connors, which is located in rural St Catherine," he explained.

Users of the facility, which provides antenatal, postnatal, family planning, and immunisation services also contend that it needs to be refurbished as a section of the roof leaks and there are broken pipes.

"The health centre currently faces some challenges with its physical infrastructure, however, there are plans to address those challenges in the 2012-13 fiscal year," the board chairman noted.

In addition to the absence of a doctor, residents have also expressed concern about the abandonment of the nurses' quarters building, which is believed to have been built a few years after the centre was opened.

"We used to have a nurse who used to live there. We don't have any nurse. Going to Old Harbour or Spanish Town to see a doctor is very inconvenient because sometimes the people don't have the money to pay fare to Old Harbour," Nardia McLarty, living in Connors for 18 years, told The Gleaner.

The building was badly damaged during the passage of Hurricane Gilbert in September 1988 and was destroyed by subsequent hurricanes.

He added: "The St Catherine Health Services under the leadership of the South East Regional Health Authority, continues to assess the level of upgrade required in all our facilities and is working assiduously to ensure that this takes place in a timely manner."