Doctor's Advice - No climax by penetration 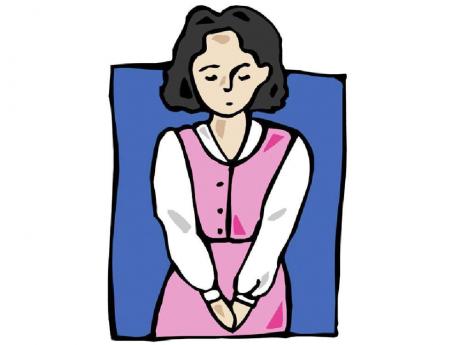 Q:  I am female in my 20s. I have never had an orgasm during sexual intercourse. No matter how much I am enjoying it, I just can't seem to get there. I climax during foreplay, either by the finger or by the tongue. But I can never orgasm by my partner's penis. What is wrong with me?

A: Like many young adults, you have got a totally incorrect idea about intercourse. An astonishing number of people still believe that a woman should be able to reach orgasm easily through intercourse alone. This is simply not true.

Thirty years ago, the great US sex researcher Shere Hite published the results of a vast survey, which proved that most women cannot regularly reach orgasm just through having penis-vagina intercourse. The majority of females need clitoral stimulation as well.

But other surveys carried out by women's magazines have confirmed that what Hite said was true. Most females do not reach a climax during sex, unless the clitoris is being stimulated. There are exceptions to this rule, and it is notable that a minority of females can orgasm through intercourse alone. Experts think that this happens because each thrust of intercourse creates a 'tug' on the clitoris.

However, the majority of women are like you. They will only discharge during sexual intercourse if some direct stimulation is being applied to the clitoris. Fortunately, it is not all that difficult for a skilled couple to create that stimulation. At a later date, I shall explain how to do this.

I hope that what I have said will reassure you that you are not abnormal in any way.

Q. I am a 24-year-old man, and a few days ago I had sex with my girlfriend several times without the use of a condom. It seems it was close to her ovulation day. On the first occasion, I ejaculated outside her. On the second climax of the night, I did the same thing. But later on, I ejaculated a small amount inside her. Now she has missed her period. It is around one week late. I am wondering if she is pregnant. What do you think, Doc?

Q. I am 18 and I lost my virginity to a boy six months ago. I should not have done so. Now I have heard that there is a doctor in Miami who can restore a girl's virginity. Should I take this operation? I can afford it.

A. There are surgeons or gynaecologists in many large cities who are willing to restore the appearance of virginity in return for a large fee.

When I say that they can restore the 'appearance' of virginity, what I mean is that they can make a little flap inside the vagina. This flap looks like the hymen, or virgin's veil. So it would fool most people into thinking that the woman is a virgin.

Do you really want to go to all this trouble and expense? Maybe it is important to you for family reasons that you should appear to be a virgin. If so, then doubtless, you will go ahead.

But please make sure that the surgeon you go to is properly qualified. I understand that there are some rather odd operators in Miami, who are sometimes referred to as 'cowboys'. You should only go to a board-certified gynaecologist.

Q. I am a guy of 19 and I had mumps as a young child. Is it true that this means I will not be able to have sex or to be a father?

A. I think you are fretting unnecessarily. Unfortunately, mumps does sometimes affect the testicles. It makes them swell up, and the inflammation pains the boy a lot. If that had happened to you, you would remember it.

Regrettably, that painful inflammation can affect sperm production and so make the guy sterile. It does not usually make him unable to have sex.

But if you don't remember experiencing severely painful, swollen testicles when you were younger, it is unlikely that you have any problem. And if you currently get erections and can reach orgasms, then you are certainly going to be able to have sex without difficulty. However, if you are still worried about your fertility, you could ask a doctor to fix up a sperm count test for you. I wish you well.

Q. Two weeks ago, I allowed a boy to have sex with me for around a minute during my menses. He did not orgasm. Could I be pregnant, Doc?

The odds are that you will get away with this. It is just possible to become pregnant during the menses, but that is uncommon. However, you must take more care of yourself in future. Please do not have unprotected sex!

Q. At a party in Portland, a girl gave me oral sex. Then I realised that she was coughing. Is that a sign of gonorrhoea, doctor?

A. No, but gonorrhoea (the clap) can infect the back of the throat. And when that happens, it can be transmitted by oral sex. So if you have any symptoms, such as a discharge or pain in passing urine, please see a doctor for some tests.

Q. Hello doctor, I am a young teenager who needs some good advice because I am very skinny! I am not comfortable with my body, even though I am beautiful. I have curves, but am too meagre for them to show in clothes. Doc, I need to know about a pill which will help me get some flesh and put on weight.

A. Listen there is no pill which can make a girl put on weight. Do not be tempted to try anything that your friends might recommend to you.

What you need to do is to measure your height and weight carefully, and compare the figures with the ones which are readily available in height/weight tables on the Internet. If you really are underweight, then you should see a Doc, who will try to determine why this is so. For instance, he might find that you have a thyroid problem, or it could simply be that you are eating the wrong types of foods. He will also make sure that you don't have an eating disorder. Please don't delay. Do those measurements right away.