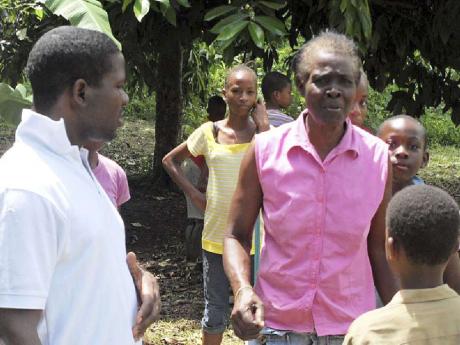 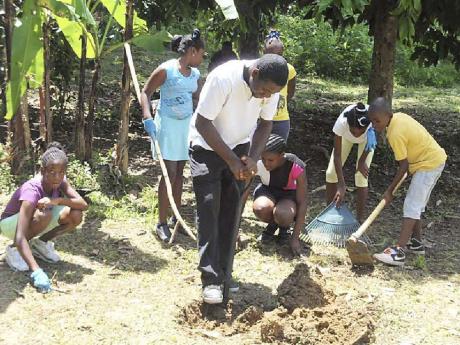 Dwight Holland, grade-six teacher in charge of the farming project at the Sergeantville Primary School in Harkers Hall, prepares a section of the land for planting. 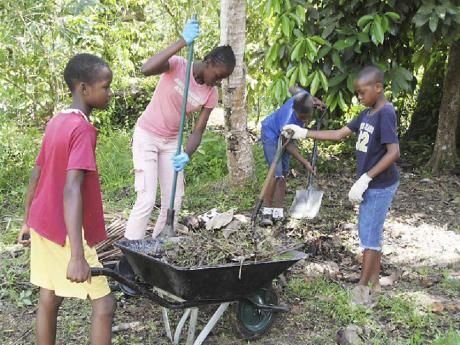 A GROUP of grade six-students at the Sergeantville Primary School, Harkers Hall, St Catherine, recently embarked on a project to boost the institution's breakfast programme.

But by the time crops such as bananas, peas, and corn are ready for reaping, they won't be around to benefit. However, they told The Gleaner that their objective was to help to sustain the future generation.

"I would like to help to provide for the students coming up when I'm gone off to high school," deputy head girl Crystal Gaye Gordon said.

"People at the school can get it to use and provide for the students who don't have any money to buy breakfast," he said as he headed off to help to clear debris from the plot being prepared for cultivation.

The project was initiated and is being spearheaded by grade-six teacher, Dwight Holland.

"What I normally do when I'm going to give my students an exam, I normally take them outside and we would stand in that area near to where we are cleaning and talk. And one day the idea came to me that we need to sort out the area and get the farm going," explained Holland.

Delphena Simpson, principal, said while the initiative is self-sustaining, the hope is that it would also be income generating.

"We are planting not only for eating purposes, but also to sell. We also intend to raise some chickens. We have two farmers from the community, Thomas and Meleta Campbell, who are guiding us on how to plant, and so on," explained Simpson.

She indicated that expansion plans have been constrained due to the high level of praedial larceny in the area.

"We could do more farming, but because of the thieves in Harkers Hall, we have to limit what we plant," she added.

Simpson pointed out that although the breakfast programme fluctuated, the support from the business community had been tremendous.

"We have good relations with the supermarkets, meat shops, and the farmers around. They always assist us," she explained

There are 219 students at the Sergeantville Primary School. Approximately 80 are beneficiaries of the breakfast programme.