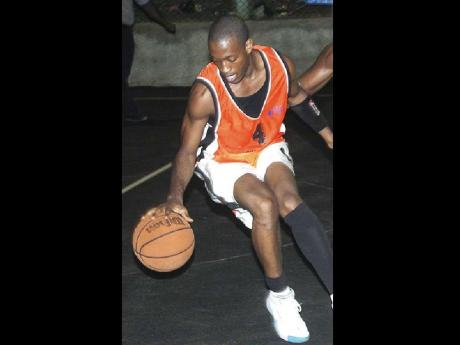 In the opening game of the double-header, former winners St Georges Slayers and Running Rebels will clash at 5 p.m.

In another double-header slated for the University of the West Indies Bowl today, Eastern Pistons will take on Portmore Flames at 5 p.m. before St George's Saints tackle Waterhouse Blazers at 6:45 p.m.

Selassie Gardens, who finished fifth in the league last season, have strengthened their squad with the acquisition of Democardo Halliman from Slayers and Dufton Shepherd from the Blazing Panthers. They will also enter today's encounter high on confidence, after defeating Tivoli in their preseason game.

"This is our first game of the season and we expect to win it," said Rohan Feanny, manager of Selassie Gardens. "We know what we have to do to win it, and once we execute our game plan, then I think we should come out the winners."

Feanny added that he is expecting a tough game from the champions because they have a very strong unit at both ends of the court.

"It is going to be an exciting game, but our aim is to win competition, and if we are going to win it, we will have to beat the best teams in this league," Feanny said.

In addition to Halliman and Shepherd, Selassie Gardens will rest their hopes in the hands of captain and shooting guard Richardo Willis, forward Kemar Cohen and centre Steve Tucker.

On the other hand, the west Kingston-based Tivoli, who are seeking their third straight hold on the trophy, will be seeking their second consecutive victory of the season.

Wayne Bartley, manager of Tivoli, said his opponents are a good team and therefore they are not going to take them lightly.

"We are taking them very seriously because we know that they are a dangerous team," said Bartley. "However, my team is strong in all areas and so we are confident that we will come out the victors."

Bartley added: "Every game is important to us. We are going to be play all the teams and so we want to make sure that we win as many games as possible this season."

Tivoli's charge for victory will be led by shooting guard Omar Barnes, who scored 25 points in their opening game victory over Majesty Legends. Barnes is expected to receive support from forward Anthony Farquharson and centre Maurice Blackwood.