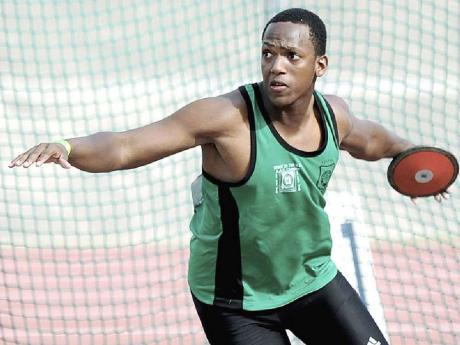 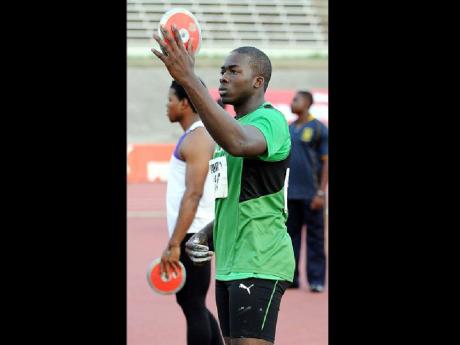 Jamaica Olympic hopefuls, Traves Smikle and Chad Wright, registered throws of 63.10 metres and 62.18 metres, respectively, to finish sixth and seventh in the men's discus competition at the UCSD Triton Invitational in California on Thursday.

Smikle left Jamaica on Monday to participate in three meets in San Diego, California, seeking quality competition that he and his coach Julian Robinson deemed necessary if he is to achieve the Olympic 'A' standard of 65 metres by the time the Games roll around this summer.

The 2010 World Junior bronze medallist, who turns 20 next month, already obtained the Olympic 'B' standard when he threw 63.75 metres in February. Thursday's mark was his second best mark.

"That was the hottest competition of my life," Smikle said after the competition. He considered the mark a good start to his week of competition in San Diego.

Wright, 21, who was Smikle's teammate at Calabar High School and the CARIFTA 2010 champion, currently attends the University of Nebraska. His throw on Thursday was a career best at the senior level, his previous best being 60.48m.

Robinson praised his young charge, even while acknowledging that there was a lot of work still ahead.

"It was a good, tough, gutsy performance. This is the toughest competition he has ever faced in his life," he said of Smikle.

"His series wasn't good, however. He was able to get off his best throw within his first three throws, which is important. The distance thrown in his first three throws determines whether or not a thrower progresses to the final round and he was able to do that against Olympic and World Championship type athletes and world-ranked athletes. This warms my heart and I am very optimistic about the future," added Robinson.

Robinson, who conditioned Wright while the latter was at Calabar, said he was happy for Wright and his coach.

"He set a personal best against a tough field. After a year of regression and stagnation in the event he is progressing nicely," he said, adding that the future of Jamaican discus throwing looks even better than before.

"Hopefully Jamaica will have at least three persons over the Olympic "A" standard in the discus by the time the Olympics roll around," he said.

Thursday's competition was held over four flights. Smikle finished second in Flight Three behind Rutger Smith of the Netherlands, who threw 65.06 metres. Smith finished fourth overall. Wright was the leader in Flight Four.

The overall winner was Erik Cadee of the Netherlands from Flight One, who set a mark of 66.80m. Finishing second overall was Lawrence Okoye of the United Kingdom, whose best mark was 66.25m - third in Flight One and third overall.

Robinson remarked that considering the development seen from Jamaican throwers in recent times, the country is on the right track to making an impact on the event globally.

"I am really happy for Jamaica. Both men and women are progressing nicely in the event. Allison Randal, Danielle Thomas (who won at the Penn Relays on Thursday) and others are breaking down barriers and on the men's side Jason Morgan (who recently set a new national record of 65.61m) is leading the charge," he said. "There are exciting days ahead."