'I intend to win this battle' 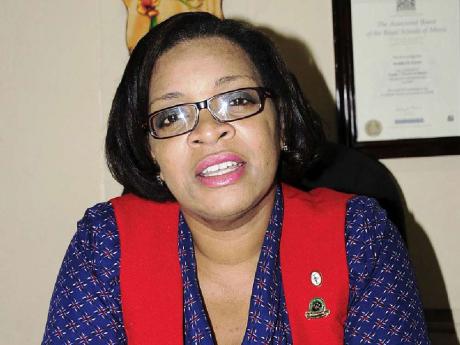 The diminutive Marilyn McIntosh Nash, who, for years, has championed the cause of her neighbours in Flanker, St James, is facing a new battle: bone cancer.

McIntosh Nash first learnt of the condition in 2006, but things have got worse over the last three years.

"I have been suffering with back pains that make it uncomfortable for me to walk, sit, stand, or even lie down," she said.

"I had been to all manner of doctors and had been diagnosed with everything else except cancer," she recalled. She did not receive a correct diagnosis until she visited her long-time family doctor.

Despite her illness, McIntosh Nash is not daunted. The ever-bubbly community leader and executive director of the Flanker Peace and Justice Centre continues to stand tall in her belief that she will get well.

"It is my faith that has kept me. All I have had is my faith," she said defiantly.

During the diagnosis of the disease, Nash still led the day-to-day operations at the Flanker Peace and Justice Centre, which she has marshalled for more than a decade, so that it could meet its obligations to the public.

"I admire her more than even before. If you are not close to her, you would never realise she had such a terrible illness," said Alecia Spence, senior project officer at the centre.

"I never knew the seriousness of cancer until her experience started. Although she is not the only voice in the community, she has featured in most of the achievements of the community, and I am sure the people of Flanker are behind her."

Nash recalls that with incorrect diagnoses from doctors and frustrated with the daily dose of pain, she visited her old family doctor. Following several tests, it was discovered that the bone cancer was at stage four.

She also has two tumours in her back - one
resting along her spine and the other on the ureter of her right
kidney.

Her doctor tried to resign her to the fact
that the damage done was too severe, and advised her to be
comfortable."At that stage, I realised that we were not on the same
page. He was about treating me until I died, but I had no plans of
dying," she said,

"The fact is, he had already given
up on me and I was not going to be dealing with a physician with that
frame of mind or thinking."

She then left for the
United States, and after three months of therapy, returned and went back
to work.

"It is what I do; everyone close to me knows
that, God knows that, and although I am still fighting this battle, it
is one I intend to win."

But her staff does not allow
her to push herself, while family and friends have been very
supportive.

"The fact that I can now sit up, which is
something I could not do months ago, is evidence that faith works,"
Micintosh Nash shared. "Even though it is not completely gone, the fact
that I am still going on shows that God battles for His people. So I
will continue to trust God."