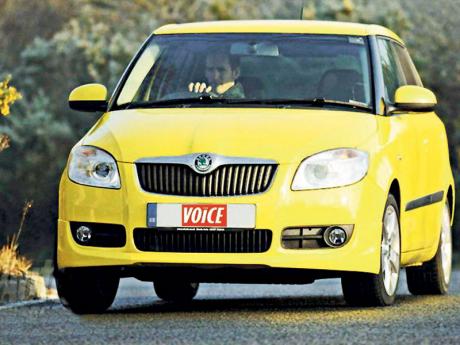 While some motor vehicle brands and updated makes of popular models are staples of the Jamaican road, there are those which have had very brief times in the fast - and slow - lanes. Automotives has turned up a number of factors contributing to the striking decline of a few cars which were once imported into Jamaica, chief among them the viability of the brand or model to the car dealership which imports it.

The global economic downturn in the latter part of the last decade caused extraordinarily bad market conditions for automotive manufacturers, which resulted in some shifting their product line-ups and cancelling cars to adjust to the reduced demand. The Pontiac G3, G5, G6 and G8 have all been terminated. The Mercedes-Benz ClK-Class, Volvo V-70 and Kia Armanti, among others, have either reached the end of their product cycles or been terminated altogether. And some local dealers have stopped carrying certain brands because of their viability in Jamaica, or there is no longer a manufacturer or dealership handling the vehicle.

New Line Motors, which ceased operations last year, was responsible for the Chinese-made Cherry QQ car. According to past president of the Jamaica Used Car Dealers Association, Ian Lyn, who was also with New Line Motors, "There is no longer a manufacturer to carry that line of vehicles. New Line Motors was the only one to do this."

Kent LaCroix of Stewart's Auto Sales said that the Skoda, which was handled by Stewart's, was discontinued in Jamaica due to sluggish sales. The Skoda is made in the Czech Republic. In the 1980s there was another European car, the Yugo made in Yugoslavia, which had a very brief importation run. The company ceased operations in 2008.

The Mitsubishi Lancer's visibility on Jamaica's roads has also trended downward as Stewart's has not been stocking the sedans, stopping with the 2010 model. LaCroix noted, however, that they can be ordered by a customer. He also said that the Mitsubishi's all new ASX (Active Smart Crossover) vehicle is built on the Lancer platform.

Ian Lyn also pointed out that the Mitsubishi Evolution took a minimum of two years to get into the country, but didn't do well due to poor road conditions.