Is there hope for the EPA? 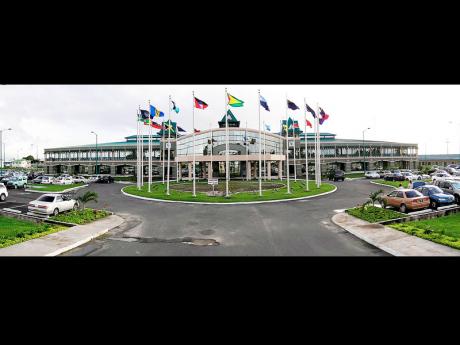 Is the value of the 2008 European Union-Cariforum Economic Partnership Agreement (EPA) attenuating or can it still be made to work to the region's advantage?

Trying to answer this and other questions about the success or otherwise of the agreement, which asymmetrically freed trade between Europe and most Caribbean nations while providing support with regional integration, is far from easy.

It is clear that there are very large sums of money are being made available by Europe - probably for the last time - to support regional integration and to meet many of the technical requirements of the EPA.

However, despite exhortations and endless meetings and seminars in the region it is hard to find any evidence that use is being made of the trade aspects of the agreement other than in relation to the improved access it offers in the area of commodity exports.

As a consequence partners on both sides of the Atlantic seem to be growing ever more concerned.

Recently the EU Delegate to Barbados and the OECS, Valerino Diaz, criticised Caribbean governments for not taking ownership of the agreement.

The region's governments, he said, have to ensure that legislative and other frameworks are in place so that the private sector can reap the benefits.

Diaz also criticised the regional private sector for standing passively by on the sidelines and not lobbying governments to have the necessary implementing legislation enacted.

At the level of Caribbean governments there are other concerns. Recently senior political figures suggested that EPA implementation might be delayed on the basis that only four Cariforum nations had ratified the agreement, just five had implemented tariff reductions and that problems such as the economic crisis in the region, Europe's decision to graduate the Caribbean out of bilateral development assistance, negative growth, and falling government revenues should result in a review of the process.

Concern too has been expressed in a recent Caricom press release which noted that there was little awareness of the EPA's foreign direct investment advantages among the Cariforum private sector or EU investors.

These concerns are likely to become more acute and public.

The region is about to be graduated out of most development assistance by Europe and it had been hoped that regional integration and private sector led growth would in effect be a compensating factor. The failure of the Cariforum-EU EPA sends negative signals to other regions of the ACP still to conclude their EPA negotiations with Europe.

There is a background concern that what little advantage the Caribbean had is about to be swept away by Europe's Association Agreements with Central America, Andean and eventually Mercosur nations.

And much of CARICOM's funding comes from Europe.

But speak to the private sector in Europe and the Caribbean about the EPA and they see the issues differently.

Many companies say it is an irrelevance; that entrepreneurs will anyway find ways around problems and government restrictions; they will only take investment and trade decisions that result in the most profitable outcomes; and that new and better opportunities for the region are emerging in locations other than Europe.

They feel that key areas of trade in goods and services have been excluded in the tariff schedules or are still subject to regulation to protect the Caribbean or Europe.

Others suggest that Cariforum as a whole is unattractive as a trade partner because it is geographically fragmented, is not a single market and consists of nations at widely different levels of development without the free movement of goods.

The consequence seems to be that no one can point to any big investments or new trade flows that can be directly related to the EPA other than in relation to commodities.

Despite this there are new opportunities offered by the EPA to SME's in particular and it is far from being a science for Caribbean companies to take advantage of them. Neither does it need big money.

In particular there are prospects for establishing EU Cariforum ventures with the region's growing services sector especially in relation to creative or knowledge based industries in a broad range of areas.

There are also opportunities in value-added agro-processing and related luxury goods and possibilities in high value agriculture and fisheries if economies of scale or consolidation of production can be achieved, and airlift made available at competitive prices.

All such opportunities relate to small but vibrant newer areas of Caribbean economic activity.

Working to a relatively small EU supported budget, Caribbean Export has realised this. Together with a few private sector associations such as Trinidad's Chamber of Commerce which recently visited Europe to identify business leads, they alone seem to be operating in the real world of business and doing, rather than talking or playing big politics.

What they are finding is that by focussing on visits to Europe; small catalytic events; a sectoral approach; individual meetings and contacts; and by quietly picking winners, it is possible to foster the establishment of business to business relationships and promote specific opportunities.

Four years had passed since the EPA was signed and very little that is practical had happened.

Huge sums of money were spent on the negotiations and all that has followed. Despite this it is seemingly impossible to point to a single EPA specific success story to be used as a case study.

What is odd about all of this is that identifying business opportunity is not rocket science. While there may be matters to do with implementation, standards and other issues that governments need to address, bringing the right business people together and then standing back does not require huge subsidies or support. It just needs the creation of realistic well thought through opportunities for informal dialogue.

Friends across the region might not welcome me saying so but I for one have the sense that if Caribbean Export and the few private sector associations that visit Europe do not now take the initiative to create catalytic opportunities at home and overseas, the Dominican Republic apart, the trade aspect of EPA will be found dead in the waters of the Atlantic.