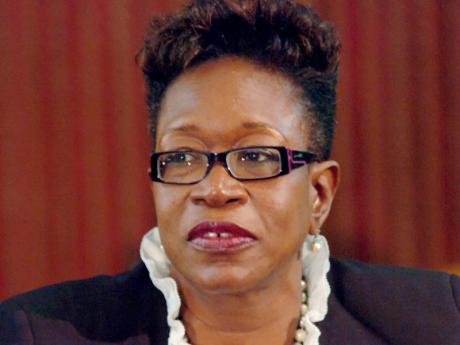 I am somewhat surprised by the report in the lead article in last Tuesday's Gleaner that the Jamaican Bar Association has changed its position and now supports the whole-scale abolition of preliminary enquiries.

As reported, this was in the context of the severe backlog in the courts and overexposure of witnesses. The concerns are legitimate, but I ask that we be careful that we do not unwittingly replace one monster with another equally or more dangerous one.

The problems attaching to the administration of justice are so complex, numerous and interrelated, it would be foolhardy to proceed with a piecemeal approach such as abolishing preliminary enquiries without addressing deep-seated problems identified in the comprehensive review of the Judicial Review Task Force that was completed in June 2007.

It is universally recognised that the preliminary enquiry can be a very useful procedure for sifting out unjustified charges and allowing for judicial resolution of allegations brought by one adversarial party against another at a very early stage. But as the debate proceeds, additional historically and jurisprudentially unassailable facts must be put in the mix.

1. Figures produced by the Ministry of National Security since the completion of the Task Force Report now establish that the delays in trials are in the great majority of cases caused by the unreadiness of the prosecutorial authorities, resulting in the judges granting them multiple adjournments.

2. The introduction of the Gun Court in April 1974, as a response to increases in firearm offences whereby preliminary enquiries for gun charges were abolished, has not had its anticipated effect. At the Gun Court, there are as many multiple adjournments at the request of the prosecution as in other courts. Cases languish in the Gun Court for years, sometimes seven years, before they are formally dismissed or tried.

3. Many of the cases clogging up the system are without sufficient basis to result in conviction. An experienced judicial officer has repeatedly suggested that the Office of the Director of Public Prosecutions undertakes a process of separating out the viable cases so that the others can be discontinued. The director of public prosecutions, however, is entitled to exercise her independent constitutional authority and judgement. I now see from your newspaper that she has undertaken to commence that process.

4. The director of public prosecutions already has the power to short-circuit the process and discard preliminary enquiries entirely in such cases as she deems fit. I have been involved in several trials in relation to which, at the discretion of the director of public prosecutions, no preliminary enquiry was held. These cases nevertheless meander through the courts for years before they came to trial.

5. Similarly, defence counsel may, with the approval of the director of public prosecutions in the exercise of her overriding constitutional powers, opt to avoid a preliminary enquiry entirely. Again, this has been done in a number of cases.

6. These two points bring me to the next one, which is that to do away with preliminary enquiries altogether will have the effect of transferring the backlog and the inefficiencies from the Resident Magistrate's Courts to the Supreme Court, where the administration of justice is far more costly and complex.

In the past, the Bar's position has been that, noting the real concerns, legislation such as exists in other Commonwealth countries that specifically allows the defence and prosecution to agree to forego a preliminary enquiry would be the best way to proceed. That, with all due respect, I think is the better approach.

Jacqueline Samuels-Brown, QC, is an attorney-at-law. Email feedback to columns@gleanerjm.com.