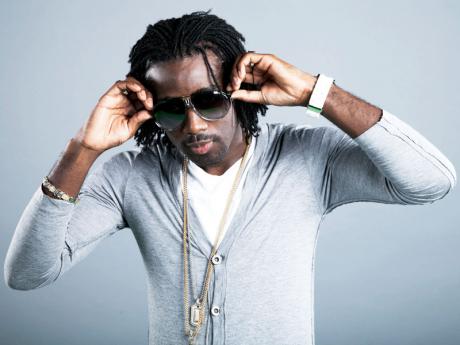 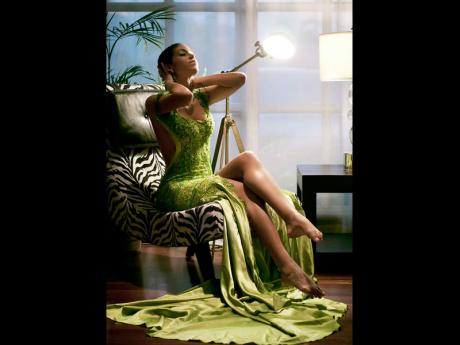 The Big Ship family is 100 per cent behind Daniel 'Chino' McGregor and Yendi Phillipps following the bombshell announcement of the beauty queen's pregnancy.

Congratulations and criticism alike littered the air in the past week, as The Gleaner broke the news that Yendi was pregnant. The topic still seems to be able to divide people along moral, class, and other lines.

Some of dancehall's most vocal artistes are also behind the couple as they stand with the belief that happiness rules above all.

For Biggz, the in-house producer of music videos for the Big Ship camp, the pregnancy is a blessing for the couple and they all welcome Phillipps to the family.

"It's a blessing for both of them. We welcome her long time, and it's just pure love all around. They are just two loving individuals and I wish them all the best as they move to the future," he said.

He doesn't think that having another child will affect Chino's work rate at all, as he said the From Morning singer has always been a hard worker and this will only push him harder.

Biggz told The Sunday Gleaner that the family is not focusing on the negative comments the public has been dishing, as it is just a happy time for them all.

"Both of them are level-headed and grounded. They're very driven and focused. Right now, everybody is just happy. Is a very happy time for the whole family. All is well," he said.

Big Ship recording artiste Laden, who formed close ties with the group shortly after his stint in the 'Digicel Rising Stars' competition, also welcomes Phillipps with open arms to the family, and he believes the couple is in love.

"I think they are a perfect match. Nothing is wrong with [having] a child as long as you're responsible enough to manage, and it's evident that they're in love, so I just encourage them to keep it up," said Laden.

He continued to say that Chino is already a great father, as he (Laden) sometimes observes and admires the relationship that he has with his young daughter.

"He's already a dad, and he's always there for his daughter, Payton. He's always around, and when he goes from work, he always comes home to her. I don't think another child will affect or change his work ethic at all. We all accept Yendi. She's such a nice person, and she can adjust to any situation. It's like nothing bothers her sometimes," he said.

He told The Sunday Gleaner that Chino's father, Freddie McGregor is proud of the couple.

"Knowing Freddie, he will be very proud of Yendi and Chino. Freddie is more than happy," he shared.

The elder statesman of the Big Ship family was overseas at the time of the interviews.

Part of being public figure

Female entertainers have also shown support for the couple.

Lady Saw and D'Angel agreed that what matters in a relationship is happiness.

According to the dancehall heavyweights, criticisms are part and parcel of being a public figure, and the bombardment of negative comments is no surprise. D'Angel and Lady Saw also agree that Chino and Yendi have the right types of personalities; the kind that will show restraint to deal with the criticisms properly.

"From the outside looking in, no matter what is happening, happiness is what really matters. They have to be strong for each other," said D'Angel.

She doesn't think that as popular figures they should have gone public with the pregnancy, but they would have had to eventually. She holds this view because of her personal experiences and the lessons learnt that, as a public figure, one should always try to keep your private life out of the public's eye for as long as possible.

"I wish them all the best and a safe delivery when the time comes. They are public figures, and these are the things that they will have to experience. Well, she (Phillipps) is a strong girl, and I know she will handle it well," said D'Angel.

Over the years, D'Angel has had her fair share of criticism over her involvement with and later marriage to dancehall artiste Beenie Man, nemesis of her one-time beau, Bounty Killer.

While Queen of the Dancehall Lady Saw said she doesn't like to comment on people's private lives, she took time out to speak with The Sunday Gleaner.

She doesn't believe that the negative criticism that the couple has been facing is necessary.

"People need to pick the black from their own eyes and leave their (Yendi and Chino's) business alone," she said.

She advises the young couple to have nothing but love for the new life they will bring into the world and thank God for their blessings, while being respectful and loving to each other.