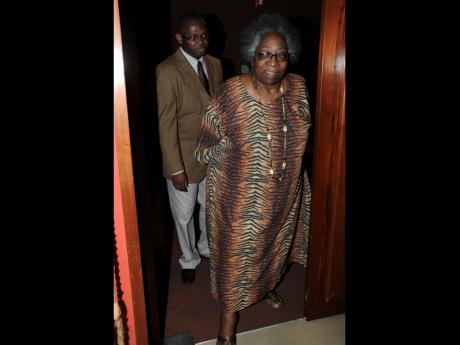 The absence of pension reform in Jamaica is likely to result in instability in economic growth, fiscal deterioration, inflation and exchange-rate depreciation.

That is just the plain facts, and those risks are clearly unacceptable.

The Government, with its resource constraints, is now faced with the tough task of balancing public-sector pensions while ensuring that the risks pointed to above do not materialise.

The Government opened discussions on pension reform with the tabling of its Green Paper No. 2-2011.

Various responses have been tabled with several proposed approaches, including changing the type of pensions and/or modifying the terms of existing schemes.

The Gleaner Council dedicated its deliberations to this important matter of pension reform and we present our findings and recommendations in this week's submission.

Therefore, lump sums paid on retirement and pensions for public-service retirees and their dependants are paid from tax revenue.

The Government does not operate a special pension fund, as obtains for private-sector pension funds or the National Insurance Fund that are established to meet the promised benefits for retirees and their dependants.

With a funded model, benefits are sourced from the investment of regular contributions; therefore, the investment performance is an important source for payments.

Note that even for those public-service pension plans with mandated employees' contributions, no money is accumulated.

The unfunded pension model has been a common vehicle of pensions for government employees and works under certain economic and demographic conditions. Unfortunately, it is unsustainable when those conditions no longer apply.

In other words, when the total pensions become too great a proportion of government revenue, that cost becomes a burden.

When the pension cost is an increasing proportion of the revenue, it can become an unbearable burden.

The demographic factors that make pay-as-you-go schemes tolerable are when we have, say, four or more working people in the public-sector for every public-sector pensioner and when the pensioner does not live too long.

strain on the system

Under the current public-sector model, promised benefits have two components of cost: the cost of benefits based on past service and the cost of each additional year of service.

The past-service liability, termed the 'implied debt', currently stands at a staggering $223 billion or 18 per cent of gross domestic product (GDP).

Each extra year of service adds annual costs of $5.4 billion or 0.4 per cent of GDP. These costs will increase dramatically if nothing is done.

Jamaica's pension debt is not counted as part of the publicly highlighted debt-to-GDP ratio of some 130 per cent.

This level of real total indebtedness of 148 per cent (explicit debt of 130 per cent + implied debt of 18 per cent) of GDP represents an unquestionable danger to our already small and fragile economy.

As debt-to-GDP ratio increases, so does the instability because the GDP does not rise in line with or faster than the debt.