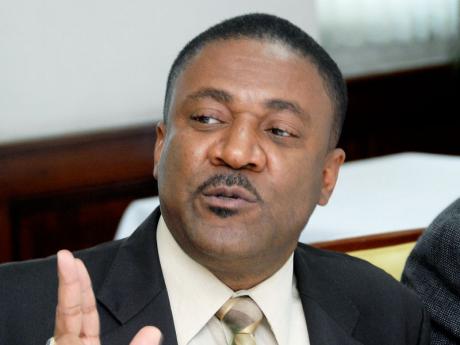 Only three bids have been received by the Government for the construction of the infrastructure for the proposed liquefied natural gas (LNG) project despite a two-month extension in the deadline.

Sunday Gleaner sources say when the bids were opened last Friday one of the three was submitted without the necessary US$1 million bid bond, making it almost certain to be disqualified.

That could mean that only the international firm Samsung and the entity which had won the initial bid, Exmar Consortium, will fight for the right to construct the floating, storage and re-gassification unit.

"I understand that three bids came in and a decision will be announced by early June," Energy Minister Phillip Paulwell told The Sunday Gleaner yesterday.

"We should make decisions on the infrastructure and the supply of LNG by the end of June, so we should make the 2014 timeline," added Paulwell.

But industry insiders are livid that after a two-year delay and the spending of an additional US$6 million, the Government could find itself turning back to the company that won the bid in the first place.

"In the first tender it was said that companies were excluded from bidding, and the Government spent US$6 million to hire consultants and to write a new bid document, and it appears that Exmar is again going to win," the source said.

"Exmar submitted two options for the Government to consider, both of which are lower in price to Samsung, and while the evaluation still has to proceed, did we just waste two years of Jamaica's time? Did we just waste more than a half of a billion dollars of taxpayers money?" added the source.

The Bruce Golding administration had cancelled the initial tender process after the Office of the Contractor General (OCG) suggested a conspiratorial relationship involving two public officials and the Exmar Consortium, which was chosen to build FSRU.

In its report, the OCG had asked the police and the Director of Public Prosecutions (DPP) to investigate whether the two used their public offices in a fraudulent manner to elicit benefits for themselves or Exmar Consortium.

But the DPP ruled there was no evidence to draw the inference that Exmar's advantageous position was the result of bid-rigging or corruption.

The DPP's ruling did not find favour with the OCG and the Golding administration established an LNG committee headed by Chris Zacca to restart the process, pushing back the plan to introduce LNG into Jamaica's fuel mix by some two years.