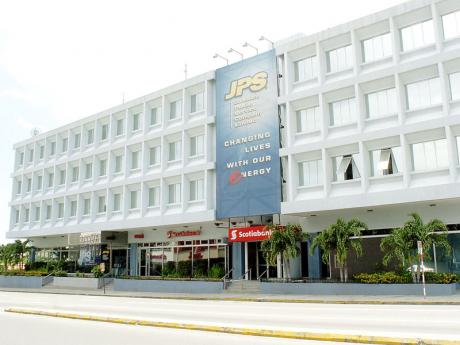 Below is JPS' Response to the article 'Shock Treatment: Can JPS do more to reduce energy cost?' by Dr Densil Williams (published in The Sunday Gleaner on April 22, 2012)

As we continue the discussion on energy issues, it is critical that we focus on presenting accurate information to the public. I therefore wish to respond to some inaccuracies and incomplete information in Dr Densil Williams' article.

I agree with Dr Williams that the supply side of electricity must be addressed in a serious way in order to bring down energy costs to consumers. Since the generation of electricity (inclusive of fuel) accounts for 80 per cent of the overall cost of electricity, implementing a sound generation plan is particularly urgent.

I also agree that the Jamaica Public Service (JPS) and all other electricity generators should use the most efficient inputs in order to give the greatest value to customers, and that an important input is the technology selected for electricity generation.

The question is asked: why did the Office of Utilities Regulation (OUR) allow JPS to bid on the project with a technology that is so dependent on a variable, liquefied natural gas (LNG) that is out if its control?

To clarify this gross misrepresentation, JPS participated in a competitive bid process in response to the request for proposal issued by the OUR for the addition of new generation capacity in Jamaica.

In preparing its bid for the new LNG-fired plant, JPS sought proposals from several equipment suppliers and, after careful analysis of both the technical and commercial elements, shortlisted two proposals. The final bids submitted to the OUR were: a bid based on combined-cycle gas turbine (CCGT) technology, and an alternate bid based on medium-speed diesel technology.

The Government's LNG Committee has developed a schedule to procure the LNG facility and the gas supply, and we are working very closely with this committee. The interest shown by bidders to date indicates that gas will be available for use in the project. In fact, we have synchronized our power plant project schedule in tandem with the LNG project schedule. If JPS and its shareholders were not confident that LNG would be a reality, they would not have made this high level of commitment of resources. We also believe this is the most opportune time to enter into the LNG supply contracts. For too long the country has been talking - we need to break out of this mode.

It is rather unfortunate that Dr Williams has failed to present the complete picture in his argument for diesel-engine technology compared to the combined-cycle technology, which uses combustion turbines in addition to heat recovery steam generators to produce energy at maximum efficiency.

Power production costs have many elements and include more than the fuel or the technology used to produce electricity. One must take into consideration the overall life-cycle costs of the technology selected. This includes the capital cost, fuel cost, variable and fixed operating and maintenance costs, as well as environmental mitigation costs over the lifetime of the technology.

The information provided by the equipment suppliers, who submitted proposals to JPS, clearly indicates that the CCGT plants are more efficient:

1) Using natural gas, the CCGT technology is 8.4 per cent more efficient than the diesel technology.

And, it is important to note that these efficiency projections are backed by performance guarantees from both equipment suppliers.

The planned LNG-fired plant will operate with significantly less expensive natural gas, 95 per cent of the time. Although ADO is more expensive than the heavy fuel oil used by the diesel technology, the new plant is not expected to operate on ADO as a backup fuel for more than five per cent of the time over its contractual period

Dr Williams recognises that JPS' Bogue CCGT plant is almost as efficient as the plants operated by the Independent Power Producers (IPPs) with which he compares JPS. It is equally important to understand that this 360-MW generation expansion project will be used to replace 292MW of old, inefficient JPS power plants. These old plants were inefficient by design and built more than 30 years ago. JPS is presently investing more than US$5 million to upgrade one of these plants. JPS has been advocating for the replacement of these units; however, this could only happen according to a schedule controlled by the Government, given the existing regulatory framework, which includes the Government of Jamaica selecting the technology of choice for new generation capacity. By contrast, the new 360-MW project will be more than 10 per cent more efficient than any of the existing IPPs, which operate using diesel technology.

An important element that Dr Williams failed to consider is the fact that if the diesel technology had been chosen as the first option for the new plant, it would cost a lot more for it to meet the emissions guidelines set by the World Bank, given the size of the project. This factor alone will make financing extremely difficult for a diesel technology plant of the capacity to be installed. Approximately US$120 million, or an additional 20 per cent of the base capital cost, would be needed to install environmental impact abatement equipment.

In determining the final cost to customers, the capital cost, as well as the operating cost of the technology chosen, must be considered. Dr Williams is incorrect in his claim that the capital cost of a diesel engine plant is about half of the cost of the CCGT. He has clearly not considered the complete picture, which includes capital cost elements outside of that provided by the manufacturer.

On the operating side, based on the proposals submitted by the suppliers, the variable operating cost for the CCGT is substantially lower than that of the diesel technology.

While I am in full support of informed, constructive discussion on the way forward for Jamaica's energy sector, I am disappointed that, as a nation, we seem to be more interested in talking rather than acting. Energy is too fundamental to Jamaica's social and economic well-being for it to be made the subject of personal or individual corporate agendas. We need to work together to break the shackle of high oil prices, and replace the aging generating units with the most efficient, cost-effective option as quickly as possible.

For decades we have been debating the issue of what fuel options should be pursued in order to secure Jamaica's energy future, without arriving at a decision. The result of this inaction is sharply evident today. When all the options are considered, the natural gas fired combined cycle plant offers Jamaicans the biggest savings in the shortest possible time. Now that the Government has selected natural gas as the next step in fuel diversification, let's act on that decision. We have gone through a lengthy international tender process, and an informed decision has been made on the technology for the next phase of electricity generation expansion in Jamaica. Let's act on that decision.

Jamaica, it's now time for execution!

Valentine Fagan is vice-president of generation expansion at JPS. He has had over 30 years of experience in the energy sector, both locally and overseas.