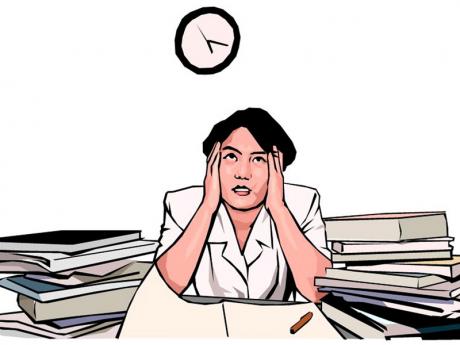 Two recent experiences inspired this article. The first was at a corporate function where I delivered the keynote address. Among the things I shared was how to deal with hardships using mental reframing.

This strategy is based on the principle that it is not what happens to you in life that ultimately determines your destiny, but how you interpret and explain it to yourself. In other words, your response to whatever happens is what ultimately matters most.

After the event, a listener spoke to me about a particularly difficult problem he was dealing with. It was taking a toll on his health as well as his work performance. We both agreed on actions he could take to change the situation.

He, however, looked me in the eyes and said, "I heard your speech, Mr Smith. I understand all you've said. But it's not easy to do. You make it sound easy, but it's very hard."

I left him, thinking deeply about what he had said.

Later that same day, I addressed a group of patients at an institution, all suffering from various serious injuries. Among the things I spoke about was how to adapt to the reality of having to change careers and cope with life after their painful and life-altering tragedy.

Afterwards, a patient asked to speak with me. He expressed appreciation for the ideas and the inspiration to persevere. But then he said, "I want you to know though, that it's not easy. I lie here at nights alone, staring at the ceiling, knowing I will never walk again."

He continued, "My friends and relatives may come at times, but then they have to leave. When I'm all alone, it's not easy to think positive. It's hard to look to the future with hope. Sometimes people see me crying and ask me what's wrong. I just shake my head. They wouldn't understand."

I left him and the others, again thinking deeply about the thousands of persons who suffer silently, broke and unable to find a job. About hard-working people, who can't make ends meet financially. About those who go to work daily, burdened with divorce, romantic, health and family problems.

Let's get real, life is not easy. Sometimes it is very hard to cope. At times you don't want good advice, you want an answer to your problem.

It is in those times, however, that you must remind yourself, "Life is hard, but I can make it."

All of us have to face hardships at some time. Whether it is cancer, bankruptcy, motor-vehicle accident, the death of a loved one, redundancy, injustice at work, no one is exempt.

We can, however, draw inspiration from others who have survived life's painful setbacks. Oprah Winfrey overcame child sexual abuse. Nelson Mandela survived life as a prisoner to become a president. Christopher Reeves epitomised courage as a quadriplegic.

Having courage in the midst of adversity isn't easy. Sustaining hope isn't easy. Persevering through pain, sorrow and hurt isn't easy. Don't give up, though. It's hard, but you can make it.

Glenford Smith is a motivational speaker and success strategist. He is the author of a new book 'From Problems to Power: How to Win Over Worry and Turn Your Obstacles into Opportunities'. Send feedback to glenfordsmith@yahoo.com