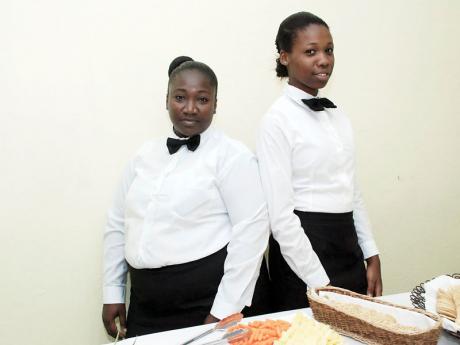 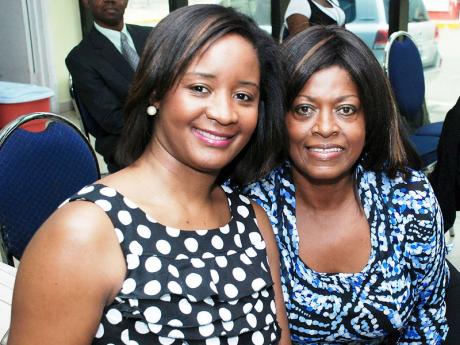 Patrice DaCosta (left) smiles for the camera with Adrienne's Veronica Stokes who sold many raffle tickets. 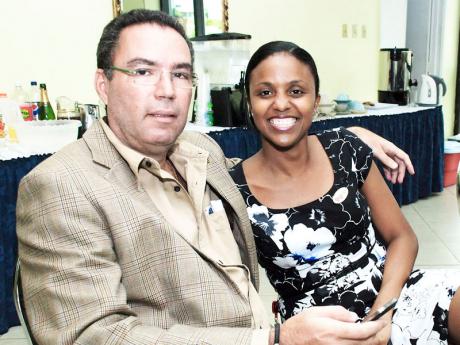 Daryl Vaz, husband of champion fund-raiser and first vice-president of the American Women's Group, Ann-Marie Vaz, and his sister-in-law Trisha K. Thompson were out to give their girl some support. 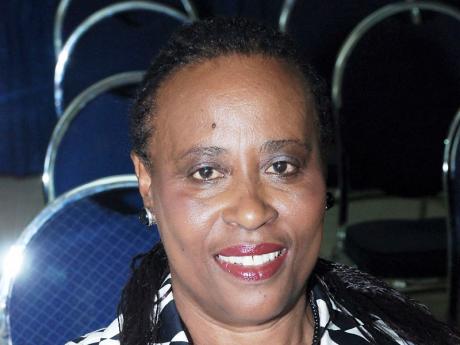 Norma Harrack, noted ceramist and a long-standing member of the AWG, has recently returned from trips overseas where she participated in exhibitions. 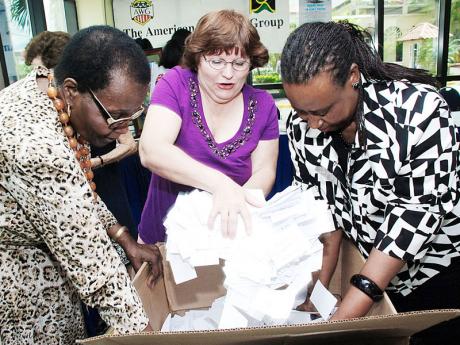 From left: Olga Degouttes, Leslie Wan and Norma Harrack make sure that the raffle tickets are properly shaken for the big draw! - Colin Hamilton/Freelance Photographer 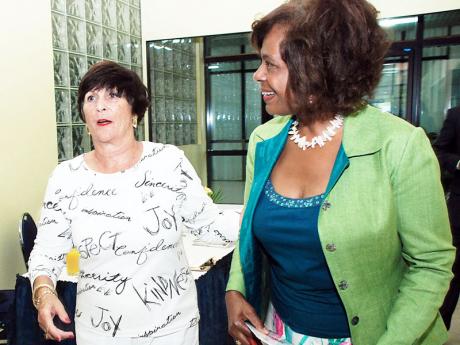 Deb Shill (left), one of the hardest working members of the American Women's Group, escorts special guest and honorary chair, Ambassador Pamela Bridgewater to the meeting. 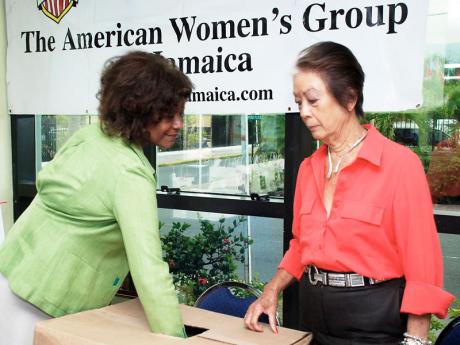 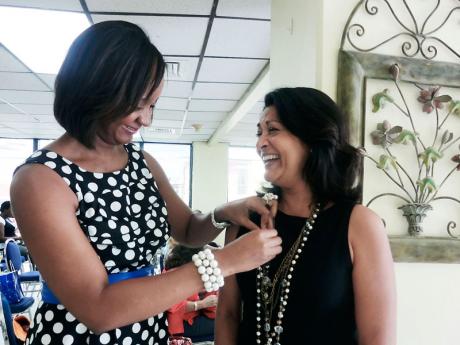 Patrice DaCosta (left), international image consultant, gives a demonstration with 'model' Tamara Hill on how to use a brooch to put things up a notch or 10 on a necklace.-photo by Barbara Ellington 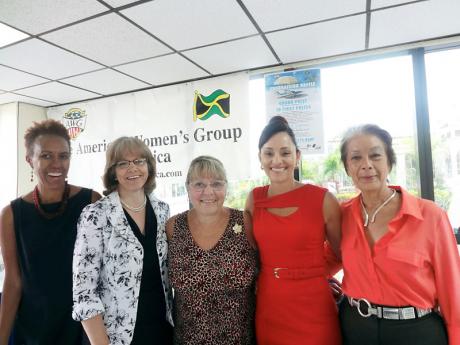 IF THEY so desired, the women who comprise the American Women's Group (AWG) could sit in the comfort of their homes or in their air-conditioned offices and enjoy the fruits of their labour with their families. Instead, this organisation, which is largely comprised of spouses of foreign diplomats and some very civic-minded Jamaicans, continues to give back to the less fortunate children of the society.

And on Thursday, April 19, the group's honorary president Ambassador Pamela Bridgewater drew the winning tickets in a mammoth raffle that was organised by first vice-president Ann-Marie Vaz.

The difference with this raffle is that Mrs Vaz not only sourced more that 10 major prizes, she also sold more than half the tickets! So, in addition to the grand prize of a weekend for two at Montego Bay's Half Moon Hotel, she sourced 10 first prizes of weekends for two at Jamaica Inn and SuperClubs Breezes Resort, a BlackBerry Bold Touch 9900, a visit to Dolphin Cove for a family of four, a limited edition giclee print by P.J. Stewart, a visit to Chukka Cove Adventures for a family of four, dinner for two at the Regency Room, Terra Nova All Suite Hotel, dinner for six at the Grog Shoppe, a spa day at InSkin and dinner for two at the Majestic Sushi restaurant. The membership of the AWG were able to get some very valuable vendor's prizes too.

To say that winners were thrilled is an understatement.

The morning's meeting also saw a mini demonstration by image consultant Patrice DaCosta of Stoosh Images Inc (pdacosta2000@yahoo.com); and a testimonial from a university student who had received scholarships from the AWG.

Refreshment for the meeting was provided by Sweet Belle.

The AWG was established in 1985 by a small group of expatriate women with ties to the United States Embassy. The group began as a social organisation but expanded its consciousness to include charitable works to benefit primarily women and children in the Corporate Area.

Close to 20 educational institutions have benefited from its fund-raising ventures so far.