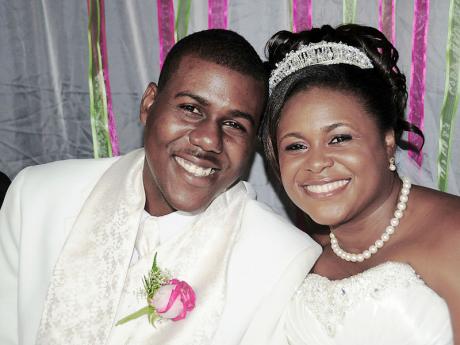 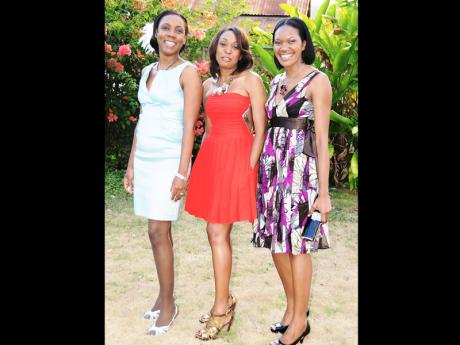 Trio of teachers (from left): Malo Daley-Allen, Natalie Johnson and Primrose White pose for the camera at the wedding of Akeisha Christie and Fabian Wainwright in Montego Bay. 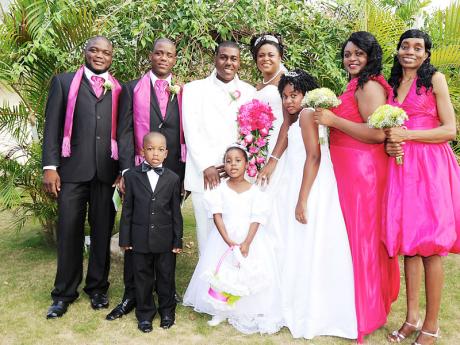 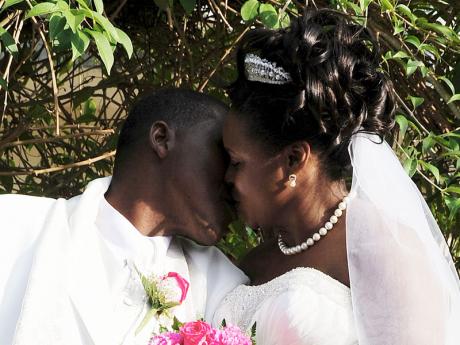 The newly-weds share their first kiss as husband and wife. 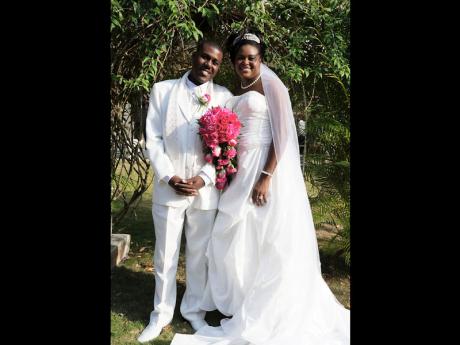 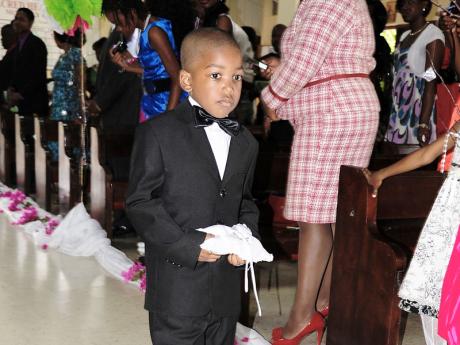 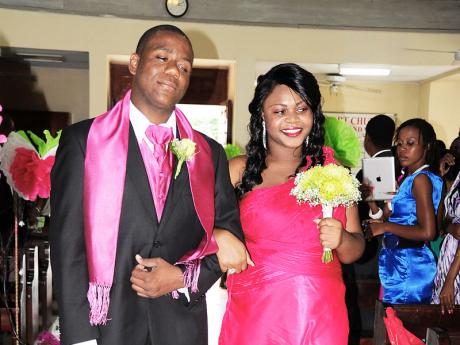 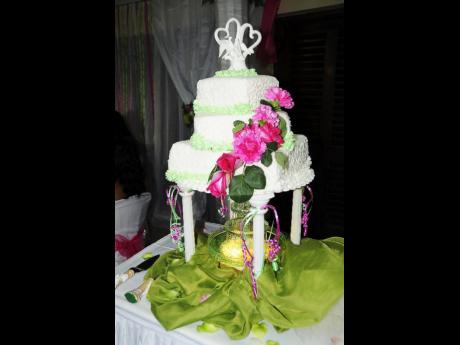 The Sacred Heart Catholic Church in Reading, Montego Bay, was filled with love and romance as educators Akeisha Latoya Christie and Fabian Emilio Wainwright were united in holy matrimony on Wednesday, April 11.

The bride is the daughter of Frances and Daniel Christie, while the groom is the son of Danette and Fabian Wainwright.

The couple chose an apple green and fuchsia theme, creating an ambience of festivity which rang true to the moment.

Fabian, 28, and Akeisha, 34, met while both taught at Mount Alvernia Preparatory School in St James.

Akeisha recalls that Fabian started participating in most of the school's extra-curricular activity that she was in charge of, and the more time spent around each other, the closer they became and a bond developed.

By September 2006, both acknowledged their admiration for each other, their first outing as a couple was to the Jazz and Blues Festival as in 2007.

Both love football, but support different soccer teams; they have different political views and one teaches mathematics, and the other, English language. "I love knowledge and Fabian happens to be the first person who is not intimidated by the fact that I am knowledgable," she said, "We are the complete opposite that complements each other and we argue points that makes for interesting discussion, most of all he is very future oriented."

For Fabian, he knew she was the one from the first time he laid eyes on her. "Akeisha is unique and very confident, full of fun, adventurous and a brilliant mind ... she is simply amazing."