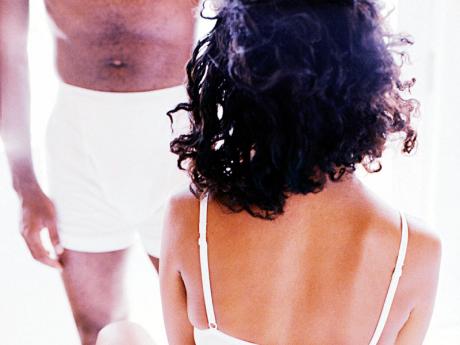 Q Doctor, I am in a terrible state of alarm and worry. Six months ago, I was unfaithful to my wife with a young woman in America. It was just a one-night stand, and afterwards I forgot all about it.

But this week a friend of mine texted me to say that he had heard that that girl has HIV. Furthermore, he thinks that she is deliberately spreading it around "in order to get her revenge on men".

Doc, I am terrified by this. Admittedly, I feel well. Does this mean that I am safe, and that I have not caught it?

Another worry is this. Since I got back from the United States of America, I have had sex many times with my wife. Could I have given the infection to her?

A This is a real troubling situation. In recent years, there have been a number of cases in which men or women who have caught HIV have decided to 'spread it around' in order to obtain some sort of revenge on the opposite sex, or sometimes on humanity in general.

Only a few months ago, it was reported that a young woman from St James was deliberately trying to spread the virus around in Montego Bay. Incidentally, such behaviour is a crime under the Offences Against the Person Act.

But let us look at the facts in this case. The only evidence you have so far is that your friend who thinks that the woman with whom you had a one-night stand has now got the dreaded HIV virus.

Well, maybe she has, and maybe she hasn't. Also, even if she has it now, it is possible that she did NOT have it six months ago when you slept with her.

Nevertheless, we must assume that you are at risk. The fact that you feel perfectly well is neither here nor there. It is quite possible to have HIV, yet to feel and look OK.

As to your wife, I have to say that if you do have HIV, then you have probably infected her by now, though that is not certain.

Therefore, you must take action immediately. You should go to a doc this week, and ask for an urgent HIV test. At the moment, there is no need for your wife to have one. If the result of your test comes back as negative, then that will be great, and there will be no need for her to be tested.

On the other hand, if your test is reported as positive, then you are going to have to explain to her that she must take a test too.

I hope that everything works out OK for you, and for your wife. Please try to avoid one-night stands in future. They are real dangerous these days.

Q I have had sex with many men during my adult life, but have never got pregnant. Can I assume I am infertile, Doctor?

You see, I have just met a great guy who is the love of my life. I adore him, and I want to have babies with him.

But is this possible?

A Well, we have to consider WHY you did not get pregnant as a result of your previous affairs. It could just be a question of luck. But it may well be that you acquired a germ during one of those sexual encounters, and that this gave you blocked tubes.

So are you fertile? Much depends on whether you are still having regular menses. If the periods are pretty regular, coming every 24 to 30 days, then there has to be a chance that you could get pregnant with your new love.

But I think that the only wise thing to do now would be to go and consult a gyno. She will examine you internally and do some tests. After that, she should be able to give you a good assessment of whether you and your man will be able to have children together. I wish you both well.

Q Doc, I have been told that I have slightly a enlarged prostate gland. Does this mean that I should abstain from sex in future?

A No, not at all. Having sex will do your prostate no harm.

Q When I was in my 20s, I had a very brief lesbian relationship with another student at university. Next week, I have to go and see a doctor for an examination.

Will he be able to tell that I have had lesbian sex in the past?

A: No, that is quite impossible. Even a gyno cannot determine whether a woman has had lesbian sex or not.

Q I have a girlfriend in England, and she has emailed me to say that next time I visit her, she could fix me up with an inexpensive vasectomy.

But how soon after the operation could I have sex with her, Doc?

A I don't think you should rush into taking a vasectomy. Having it done on your holiday, without any proper counselling, strikes me as a little unwise.

However, if you decide to go ahead, you would be able to have sex as soon as you like. There have even been a few brave men who did it on the evening of the day on which they took the op.

1. After the vasectomy, the scrotum will be painful and swollen for at least a few days, so you might not feel like having sex.

2.Vasectomy does NOT make you sterile immediately; you go on producing sperms for several months afterwards, so you and your girlfriend would need to use some contraception for a while.

Q I think I may be pregnant. Three weeks ago, I had unprotected sex. So I took Postinor-2. But maybe it didn't work, because my period is now overdue.

I therefore took three different pregnancy tests, and they were all negative. Give me your advice please, Doctor.

A Today's pregnancy tests are so good that they are rarely wrong. However, you have to be sure that you followed the instructions to the letter. Did you do this?

My guess is that you probably aren't pregnant. But I think you should ask a doc or an experienced nurse to do one more test for you.

Q At the age of 45, my wife has suddenly started having lots of climaxes. Indeed, she often has the multiple orgasms.

Doc, is this a sign that she has been cheating on me, and has a lover?

A No, it doesn't mean that at all. Research shows that many women who are in their 40s start finding it easier to discharge. And a lot of ladies in this age group begin having multiple orgasms for the very first time.

Therefore, I think that you should congratulate yourself on your bedtime skills, and quit fretting about imaginary infidelities.

Send questions to editor@gleanerjm.com and read more Doctor's Advice in the Saturday Gleaner.