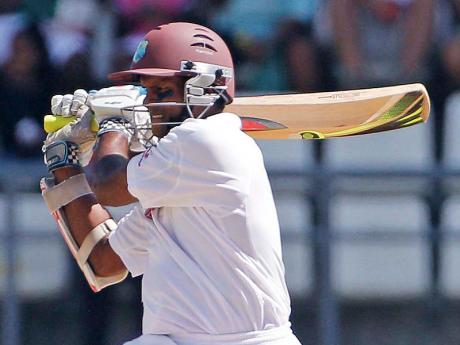 Just over six weeks ago, Australia, the immediate past champions of the world, arrived in the Caribbean to take on the West Indies, the former champions, and although they were hoping for the best, almost every cricket fan, including a majority of West Indians, expected them to win, and easily at that.

Boasting a good batting line-up of David Warner, Ed Cowan, and Shane Watson at numbers one, two and three, Ricky Ponting, Michael Clarke, and Mike Hussey at four, five and six, a good attack, including fast bowlers Peter Siddle, Ben Hilfenhaus, and James Pattinson, a brilliant fielding side, and a shrewd and aggressive captain in Clarke, Australia looked good and better than the West Indies.

The reason for those expectations was that Australia were regarded as the better team, and the argument in cricket is that the shorter the game, the more likely the surprises.

In other words, in ODI matches, more so in T20 matches, it is easier for the weak team to get the better of the strong team than it is to do so in Test matches, and that is exactly what happened.

In the ODIs and the T20s, the West Indies, with big hitters like Kieron Pollard, André Russell, and Darren Sammy, all all-rounders who bowl medium-pace and brilliant fielders, and with the presence of the tricky off-spinner Sunil Narine, came from behind after losing the first match to draw both contests before losing the Test series 2-0 after putting up a good-enough fight.

Although ODI cricket and T20 cricket are the bread and butter of the game, the version in which all things are judged remains Test cricket, and despite the apparent closeness of the games, the competitiveness of the matches going into the last innings of the matches, it is in that form of the game that the West Indies were obviously short of Australia.

In fact, although their main batsmen never got going and never looked like doing so on the spin-friendly pitches, even though Siddle and Pattinson were injured, had to go home, and their bowling was no better than competent after that, and although their fielding, especially their catching, was average, Australia were stronger than the West Indies. So much so that no stage, not even in the last innings of the last Test when Shivnarine Chanderpaul and Darren Bravo were fighting a desperate rear-guard action on the penultimate afternoon, not even during a lively last wicket partnership between captain Sammy and Shillingford, did they look like winning.

It always appeared just a matter of time. In fact, Australia were stronger to the point that regardless of the stage of the individual matches, regardless of how well they competed, one never got the impression that the West Indies ever had a chance, that they could have won any one of the matches.

With three batsmen at the top who seemed out of their depth - especially young Kirk Edwards who was easy pickings for the Aussie bowlers, with a set of lower middle-order batsmen who were out of their depth, a tail end which hardly ever gets any runs, and only two batsmen, Bravo at number four and Chanderpaul at number five, who seemed capable of scoring runs, significant runs, the West Indies never appeared capable of scoring enough runs, whether batting first or last.

Against this, and despite the failure of their top batsmen to make big scores, Australia had some fighting innings from their main batsmen, and on top of that, the bottom half of their batting supported the top half beautifully with wicketkeeper Matthew Wade hitting his maiden century and bowlers Ryan Harris, Mitchell Starc, and Nathan Lyon all coming up with their career-best  performances with the bat.

For the West Indies, however, the stars of the Test series were batsman Chanderpaul, fast bowler Kemar Roach, and off-spin bowler Shane Shillingford.

On pitches that were difficult on which to bat, to play freely and to score runs, Chanderpaul was a master, scoring 346 runs at an average of 86.50, stroking one of the two centuries in the series, 103 not out, and becoming the second West Indian and the 10th batsman internationally to reach 10,000 runs in Test cricket; and on pitches which favoured spin, Roach bowled with skill and pace to finish as the top bowler with 19 wickets, including 10, five and five, at Queen's Park Oval.

On a pitch off which the ball spun alarmingly and bounced appreciably, Shillingford had a field day picking 10 wickets in the third Test on his home ground, six in one innings to become the first West Indies spin bowler to pocket 10 wickets in a match since Lance Gibbs destroyed England at Old Trafford in 1966 with five for 37 and five for 69.

A series which did not promise a lot for the West Indies has ended with a few things to cheer for the former champions, a few things which made the West Indies more competitive than usual, and for that the fans, apart from saying thanks to coach Otis Gibson for building a spirit in the team which seems to make the players fight for each other, which make them fight harder and to the end, a spirit which makes them look so good in the field, should lead a round of applause especially to Chanderpaul, to Roach, and to Shillingford.

The West Indies, however, need to do some things to keep going.

Lest we forget, there are four stages in cricket.

That is one of the reasons why a Test match is scheduled for five days.

As Chanderpaul said after reaching the 10,000-run milestone: "When I started, I came into the team with many big names and I was able to learn from them and build on what they taught me. When I went to bat, I could bat freely."

At that time, and although the West Indies had started to slide, the big names were Desmond Haynes, Richie Richardson, Brian Lara, James Adams, Curtley Ambrose and Courtney Walsh.