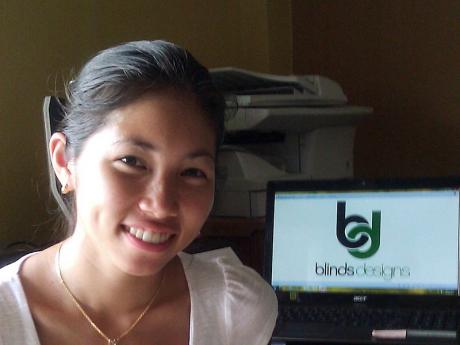 She has not raced competitively in go-karts for the past three years, but Tara Fong Yee will have no hesitation or uncertainty today, when she challenges the boys in the male-dominated sport, at the Palisadoes International Raceway.

The former Immaculate High schoolgirl, who, last December, graduated from the Florida Atlantic University, with a first degree in international business and trade, says she will not be intimidated by the boys. Spectators could be in for a treat when she goes up against Matthew Williams in the Rotax Senior Class.

"I will be competitive and the fans can expect a good show," the 22-year-old Fong Yee told The Sunday Gleaner. She will be the lone female in action.

Matthew Williams, one of the main contenders in the class is eager and hungry for action. He has never seen her race before."Let her bring it on," says Williams, who is currently preparing for his examinations and has decided to take a break to challenge her.

"I want to see how good she is," stressed Williams.

The day's activities are scheduled to get under way at 10 a.m."We have been promoting this event, so we are expecting a big crowd. It promises to be a good race meet, especially as so many old faces are returning," says Neil Williams, president of the Jamaica Karting Association (JKA).

Another class of karters expected to attract spectators' attention are the Masters. The battle for supremacy will be among Peter Rae, Garth Genus, Dr Derrick McDowell, Peter Wong and Mike Simmons.

Several 'old' faces like Brian Fong Yee and Chad Leohoung will make a return to the track. Other karters who are expected to deliver some quality performances are Joshua Sirgany, who has been making a name for himself on the North American circuit, and Thomas Issa, who has shown vast improvement over the past four months. Once his kart is well tuned, then there is no stopping him in the Rotax Junior Class.