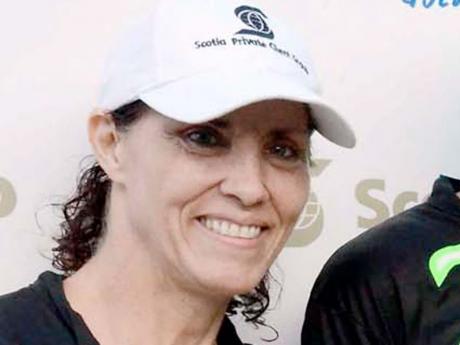 The day's activities actually get under way at 2 p.m. with the consolation final between losing semi-finalists Bin 26, the outgoing champions, and Wyndham.

Last week's showers, which started in the wee hours of Sunday morning and fell on and off throughout the day, resulted in the polo field being waterlogged.

According to top female player Lesley Fong Yee, captain of Bin 26, the showers came down to such an extent that a foot of water covered the ground.

"The nearby Arena (showjumping facility), which has been used in the past when the polo field is waterlogged, was also flooded and not fit for play either," she said.

Fong Yee added that a decision was taken by the Jamaica Polo Association jointly with the sponsor, Scotia Private Client Group, to postpone play to this Sunday.

Fong Yee further disclosed that two of the three visiting pros - Jamie Le Hardie from England and Javier Caberea from Argentina, will miss the games, having returned home.

However, she said the Argentenian pro José Lartirigoyen, who will play on the Audi team alongside James Robertson (captain), Ricky Wates and Jordan Samuda, will play in the final.

Audi advanced to the final after clipping Bin 26 six goals to five in overtime in the first semi-final on April 19, while Scotia defeated Wyndham 5-3 in the other semis.