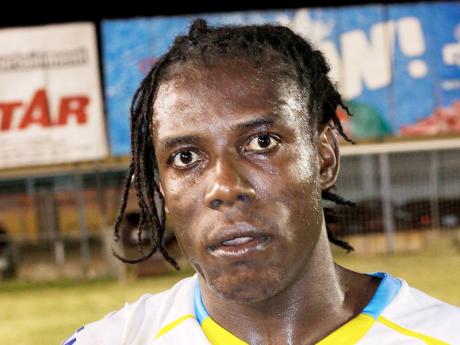 As far as the Red Stripe Premier League (RSPL) title race is concerned, today is a day for the lesser lights as the title contenders will not take the field until tomorrow.

With title hopefuls Portmore United and Boys' Town not meeting until tomorrow night, the Waterhouse/Tivoli Gardens clash will take the spotlight in the penultimate round of the competition when they meet at Drewsland.

Having given up on the title some time ago, coach Donovan Duckie will be keen to have his players finish as high as they can. The best they can finish is in second place but that would be dependent on current second-place team Boys' Town faltering. The defending champions Tivoli Gardens have not been consistent this season and were disappointing in their last outing when they lost 2-1 at home to Boys' Town.

With 58 points already in the bag, a win would improve Waterhouse's tally to 61, one ahead of Boys' Town and should Boys' Town lose to Portmore United tomorrow, Waterhouse could go into the final day in a clear second place. Fifth-place Tivoli Gardens on 52 could close the gap on Humble Lion should they lose their encounter.

The other incentives for Waterhouse would be personal especially with Jermaine Anderson having a chance to strengthen his claim to being the competition's leading goalscorer. His 14 goals put him two above Portmore United's Alanzo Adlam and three above the inactive Romeo Parkes of Tivoli Gardens. Midfielder Vincent Earle would want to put in another excellent display to prove that he is back to his best form which would see him being considered for a national invitation after being injured for the friendly internationals against Cuba, Costa Rica and New Zealand.

Tivoli Gardens' chances of defeating Waterhouse away from home will not be helped by the departure of forwards Dane Kelly and Navion Boyd to second-tier football in the United States (US) with the Rochester Rhinos in the US Soccer League.

Fourth-place Humble Lion, sitting on 57 points, host former champions Harbour View who are are in sixth position on 50 points and must be backing themselves to win coming off their impressive 3-0 victory over Portmore United on Monday last courtesy of a double strike from Wolry Wolfe. A handsome win would be a lovely present from the Humble Lion faithful who have stayed with their team throughout their earlier struggles.

Harbour View, after starting the fourth round impressively, fell disappointingly to Waterhouse last week and would want to return to winning ways today. If they are to do so, then the impressive young striker Jermie Lynch will figure prominently. Lynch has been leading the line for the 'Stars of the East' in the latter stages of the competition after recovering from injuries.