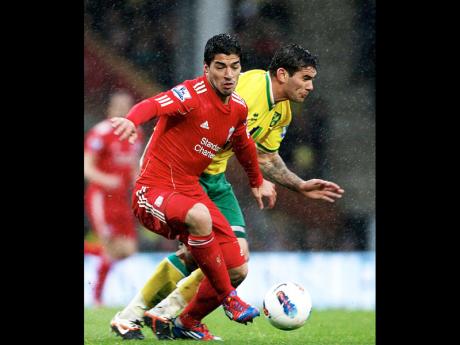 LONDON (AP):Wigan routed Newcastle 4-0 yesterday for another remarkable win in its attempt to avoid relegation from the Premier League and severely dent their opponents' chances of qualifying for next season's Champions League.

With the fight for the title not resuming until leaders Manchester United make the short trip to second-place Manchester City tomorrow, much of yesterday's play centred on the teams fighting to stay in the lucrative Premier League.

Newcastle had won six straight to move into fourth place but Wigan, who looked certain to be relegated just over a month ago, followed recent wins over Liverpool, Manchester United and Arsenal with first-half goals from Victor Moses (two), Shaun Maloney and Franco Di Santo.

Wigan were still last in the standings on March 17 after just one win in 14 Premier League matches but kept up their passing, attacking game to become one of the division's better teams.

Wigan are three points ahead of the three-team relegation zone. Bolton remained in 18th place despite rallying for a 2-2 draw at Sunderland through Kevin Davies' second goal of the game, while Aston Villa are still in danger after a 0-0 draw at West Bromwich Albion.

At the other end of the standings, Robin van Persie scored his 28th league goal of the season to earn third-place Arsenal a 1-1 draw at Stoke.

Nikica Jelavic scored twice as Everton scored four for the third straight league game to beat Fulham 4-0, with Toffees goalkeeper Tim Howard tipping a shot from fellow American Clint Dempsey over the crossbar. Luis Suarez had a hat-trick, getting his third on a lob from midfield, as Liverpool beat Norwich 3-0. Last-place Wolverhampton, who have already been demoted, fought back from 4-1 down to draw 4-4 at Swansea.

Queens Park Rangers play today at Chelsea. Blackburn, the other side in the relegation zone, are at Tottenham.

Southampton were promoted Saturday after a 4-0 win over Coventry sealed their return to England's topflight after a seven-year absence.

The Saints scored twice in each half to clinch a second straight promotion as runner-up to Reading in the second-tier League Championship.

''We've put a lot of hard work in and a lot of hours and we've achieved something special this season,'' Southampton manager Nigel Adkins said. ''Everyone works so hard at this football club and it's great to see the smiles and delight on the supporters' faces.''

West Ham finished third despite a 2-1 win over Hull and will play Cardiff in the promotion playoff semi-finals, with Blackpool meeting Birmingham.