Rousseau has always been around horses 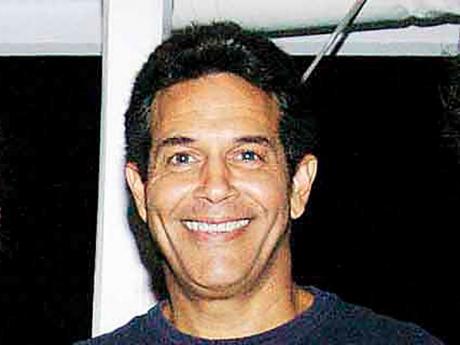 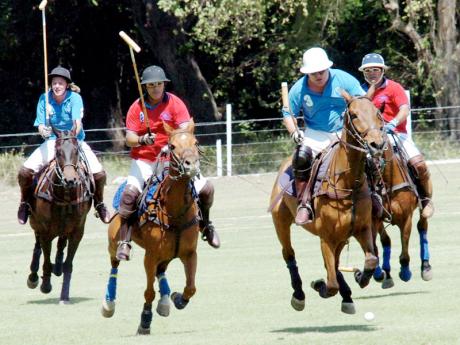 Raymond Rousseau (second left) competing for Kingston against an English team in 2009. The others in photograph (from left) are Tom Collie (England), Tim Bown (England) and Paul Lalor of the Kingston team.- File
1
2

The name Raymond 'Mitta' Rousseau is synonymous with polo and horse racing in Jamaica.

Rousseau will captain the Scotia Private Client team against Audi in the final and he's looking forward to a positive result.

"Both teams are on a high after winning their semi-final matches in contrasting fashion and, weather permitting, this will be a tough final once the ground dries out.

"We lost a close final to the Lesley Fong Yee-led Bin 26 team last year and we, basically, have the same team save for Mark Wates whose son, Jason, replaces him this year," said Rousseau.

"While I have every confidence in my team, it will take a coordinated tactical approach to beat the Audi team, which has some experienced players in James Robertson, José Latirigoyen and Ricky Wates. "We have to make good of our chances on Sunday and providing we play some tough polo, should emerge victorious", he added.

Despite last year's losing effort, Rousseau is no stranger to playing on winning teams at home and abroad, especially when representing Jamaica.

How did he become involved in polo?

"I was encouraged to play the sport 12 years ago by none other than Lesley Fong Yee, who was then and still is Jamaica's top female player.

"We both worked in downtown Kingston and occasionally had lunch in those days. And when she proposed polo, I had no hesitation being a true equestrian and I was a fast learner.

"You have to be a skilled horseman to make it in polo. For one, it's dangerous out there. I, along with others, including Lesley, have sustained injuries ... I have injured my shoulders several times and my back as well.

"But polo people are tough and not even the likelihood of serious injury will stop us from playing the sport we love," explained the former Campion College and Miami Dade South student.

Rousseau further pointed out that because of his family's connection to horse racing at Caymanas Park, he has been around horses from a tender age.

"My grandfather was the late great Hall of Fame trainer Owen Silvera, who conditioned the 1974 'Horse of the Year' Eight Thirty, and my uncles are the legendary trainer Laurie Silvera and his brother, Michael.

"Against this background, I learned to ride from very young, did some showjumping for a while, then turned my focus to go-kart racing for three years in the early and mid-nineties, becoming champion driver in the open class for two years," recalls Rousseau.

Then it was back to the horses — this time at Caymanas Park where he became a successful owner over the years, owning such notables horses as BEST LOOKING GUY, CASSANOVA BOY, EXCLUSIVE RUNNER and the classy three-year-old colt ALL CORRECT, winner of the $4.25 million Supreme Ventures Jamaica 2-Y-O Stakes over a mile last Boxing Day, Trained by 11-time champion Wayne DaCosta, ALL CORRECT is a leading contender for the Jamaica Derby in June.