Despite achievements Whitelocke remains true to himself 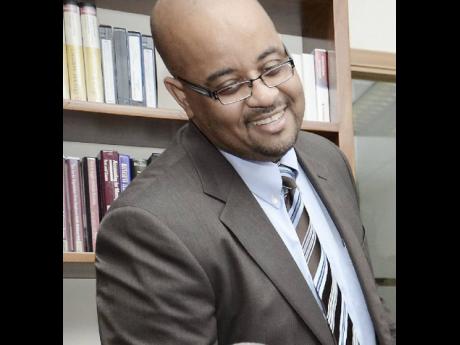 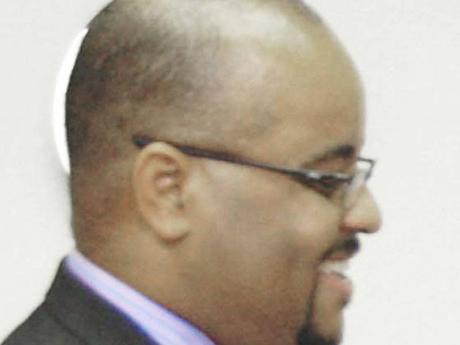 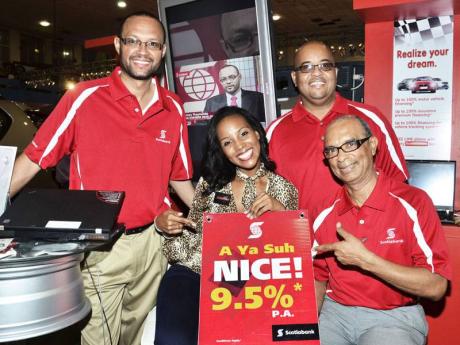 Scotiabank Executives with the gorgeous Sara Lawrence (centre), as they celebrate the wrap of a successful staging of the ADA/Scotiabank Motor Show held last weekend at the National Arena. From left: Linley Reynolds, Gladstone Whitelocke and Wayne Powell. Scotiabank dropped the rates on its ScotiaWheels loan to 9.5 per cent. - Contributed
1
2
3

"I know there are giants out there ... but those giants are doing other things, and I'm determined to continue gaining market share and driving innovation in the mortgage market."

He cuts an imposing figure as he sits in his spacious but spartan office. A huge spathillium plant in the corner gives the most in terms ostentation. The four paintings on three walls only emphasise that this is a working office. A calm deep whisper forces you to lean forward to listen when Whitelocke speaks.

It is hard to imagine him shouting commands on a construction site like the one he managed when Scotiabank was establishing its centralised processing facility, a sprawling Fort Knox type of set-up that houses most of the mission-critical processes for Jamaica's number-two bank.

"I don't know what the senior management saw in me but I had a massive project to finish and then turn around set up all the systems and infrastructure including computers, furniture and security, get the staff in and make sure they could do their job," he said.

That time he refers to was when he was head of retail banking at Scotia's King Street, Kingston, branch.

"They called me into a meeting one evening in November 1996. They asked if my passport was current ... . Next thing I knew I was on my way to Trinidad to look at their centralised collections system. I then had to replicate that in Jamaica and make it work."

By January 1997, Whitelocke was in charge of a strong team charged with managing collections for retail lending and credit cards for all 38 Scotiabank branches. The fact that they kept loan delinquency down to the five-to-seven per cent range was no small feat.

That type of high performance must have been in the mind of the bank's leadership when they sent him off on 18 months of intensive training in Canada between 2001 and 2003.

In some circles that is seen as a rite of passage for Scotia's senior management cadre.

"I was exposed to a range of experience, including commercial banking in Winnipeg, Manitoba, mortgages and international banking in Toronto. That First-World experience has proven very valuable for me."

The First-World experience Whitelocke speaks of was really progression along a continuum from the first time he stepped into Scotiabank Savanna-la-Mar, Westmoreland, branch.

"I was struck by the atmosphere, the way the people behind the counter looked dignified and respectable ... . I really thought this is where I want to be."

Whitelocke joined the bank as a 19-year-old fresh out of Munro College at the St Ann's Bay branch. But that was a world apart from what he encountered when he transferred to the Scotia Centre at Duke and Port Royal streets.

"That for me was like another world, (then) state of the art machines and the fast pace of everything. ... very intimidating experience and there were people who didn't make it any easier. I knew I had to rise to the challenge."

Whitelocke had prove himself in a new environment and keep focus as a young man with little responsibilities and money to spend.

His movement was rapid. By 1988, right after Hurricane Gilbert, Whitelocke was flying solo as a loans officer in Brown's Town, St Ann.

"I can't remember the customer or the amount, but I can remember the feeling when I discounted my first loan solo. Man, when that customer walked out that door I was still fretting about the details, still second-guessing myself. I can't remember sleeping well that night," he recalls.

Whitelocke credits his progress to the many times he was ready to grab the opportunities when they came.

"I also got some good lessons from people like the legendary Barry Chisholm. He taught me the value of relationships, commitment, decision-making and facing up to consequences."

Chisholm, according to Whitelocke, got customers to journey from Kingston to do business with his branch in Spanish Town, St Catherine. It is a formula Whitelocke has borrowed.

"Success in banking is about relationships, goal-setting, commitment and follow-through. I find it best to work through people. To do that, I ask a lot of them," Whitelocke.

"When I ask for something to be done, I want it done yesterday ... no time for talking ad nauseam, just get it done.

"Some people may be uncomfortable with the anxiety, some may process things differently but I believe in deliverables."

Notwithstanding his achievements, Whitelocke has vowed to continue remaining true to himself.

"There is one thing that anyone will tell you regardless of what has happened to me in the bank, Gladstone yesterday is the same as today. I am vice-president today but tomorrow I may not be. ... I look at that with humility."