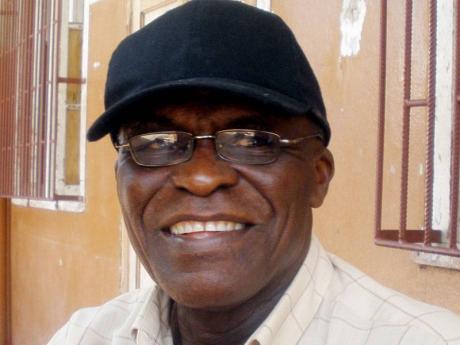 Winston 'Sparrow' Martin, OD, has had a highly distinguished musical career and is now celebrating 50 years in the music industry.

Since 1989, he has been the musical director of the Alpha Boys' School Band. In 2007, he was awarded a Bronze Musgrave Medal for his eminence in music, and was only just awarded at the Caribbean Community of Retired Persons Limited's Jamaica 50 Living Legacy Award for contributing invaluable service to Jamaica since Independence. It is indeed noteworthy that Sparrow was one out of two musicians so awarded.

Now focussed on his brainchild, Ska Rebirth, a band formed in June 2011, the band is said to be Jamaica's only existing ska band.

More than half of the band members are graduates of Alpha Boys' School, the home of ska music. The band is deeply committed to keeping the indigenous music form, ska, alive in Jamaica and the rest of the world; following in the tradition of their mentor, the legendary Skatalites.

"What we are doing here is not just starting a band!", says Sparrow, in between one of his signature off beat, on beat, snare drum slaps, during a Ska Rebirth rehearsal session, "We are starting a movement, one which will bring back the original sound of ska from its roots and home, Alpha Boys' School in Kingston, Jamaica, and spread it once again across the entire world, this is the real SKA Rebirth!!"

Since inception, Ska Rebirth has performed four times: On the talent stage at the 16th Annual Jazz Festival in January 2012, where they thrilled the audience who danced to the memorable ska sounds.

They also entertained at the Jamaica Cricket Association Annual Awards Dinner held at The Jamaica Pegasus on February 18, 2012, displaying their flexibility with background music during dinner and a lively entertainment segment. Among the distinguished guests there were the prime minister and governor general.

They again graced the stage during a joint venture that was held with Vinyl Record Collectors Association, Jamaica Chapter, on February 25, at Heather's Garden Restaurant on Haining Road. Here the band showcased its versatility in a live show, doing a number of jazz and blues cover pieces, tantalising ska beats and backing the renowned 'Stranger Cole'.

The band's most recent event was a lunch-hour concert hosted by the Institute of Jamaica on March 29, targeting school children at the primary level. The children were thrilled with the novel sounds of ska and were eager to show their moves in the dance competition.