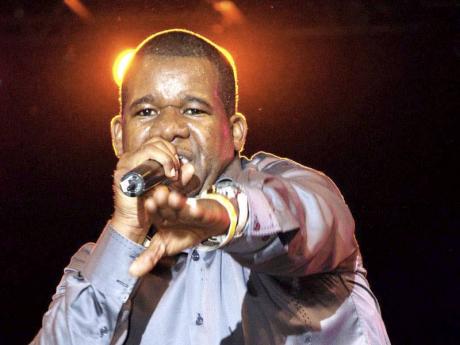 According to Papa San, he started the label some time ago, but had shut it down soon after.

"I started it and it was going on for a period of time, but then I shut it down. Now I'm back with Gospel Centric Records, they are the first record label that I signed with in 2000, so now I am back partnering with them, so mi rise up my record label again," Papa San told The Gleaner.

Papa San said he chose that name for the record label because it symbolised the people of God.

It's a bible thing, to be honest. We are accepted in the Beloved. We are a beloved people, this record label is to benefit the people of God," Papa San said.

"My Story was released April 10 worldwide, but Jamaica got the first taste last year because that is where my roots are. In the first week, it was number eight on the reggae Billboard charts and number seven on the iTunes chart, it's doing pretty good. Songs have taken off in Africa. I did a collab with Nicole Salmon and that song was number one in Uganda," he told The Gleaner.

Papa San says he will also be back in Jamaica on May 5 for a show in Montego Bay. After that he will embark on a small tour of England and then head on to Canada.

The artiste says he is also working on some collaborations to be released soon.

In the meantime, Papa San says he is thankful to all his fans, who have continuously supported him.

"I can hardly find words to say thanks to those who have been persistent in their prayers and support. I appreciate and love them and will continue to pray for them also. They keep supporting me and I want to thank them because they give me the push to continue to spread the gospel," Papa San said.