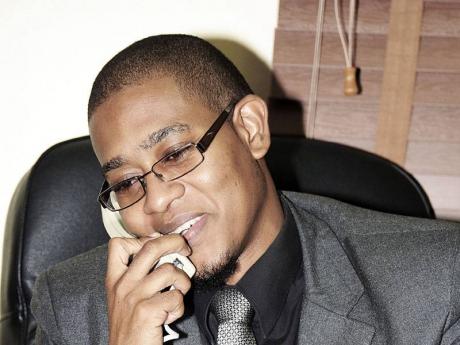 Green believes that while the books are important, it is also important to get involved in other activities which will make you a well-rounded individual. - Norman Grindley/Chief Photographer 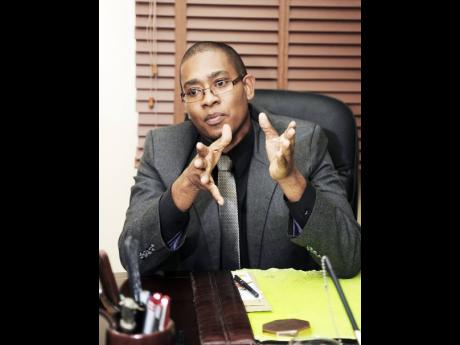 Green believes that while the books are important, it is also important to get involved in other activities which will make you a well-rounded individual. - Norman Grindley/Chief Photographer
1
2

His medium to long-term plan is to sit at the helm of his own law firm while working in tangent with his other interests and aspirations. And ever since he identified his areas of interest and what he wanted his purpose in life to be - an attorney at law - Floyd Green has been putting in the necessary groundwork.

Like any teenager growing up, Green had his own plans as to what he thought his choice of career would be. He thought he was destined to become a medical doctor which was further encouraged by his mother. But having pursued the sciences and completed fifth form, he felt that there was something else that he could do that would be more inclined to effect positive change in the lives of people.

The Munro College past student says that since he made the transition in sixth form, there were no questions whether he was pursuing the right area of choice. In fact, he knew he was well on his way, having charted out a path for himself.

"I went to the University of the West Indies and I did my first degree in history. I then started my master's degree in governance and it was while doing that, that I got accepted to do my law degree."

Without hesitation, the lawyer quickly jumped for this opportunity he had been anticipating, and prematurely ended his master's degree studies.

An investment and a choice he has no regrets about, Green has been practising for over three years. "I am more of a general practitioner where I do both criminal and civil cases. I do enjoy doing both; criminal law involves more interaction with clients and gathering facts like going to the area an incident transpired while civil is mostly reading. With civil you have to do a lot more research as you have to find laws which are in support of your case."

The two areas, despite the obvious differences and approach, have, according to Green, helped him to develop skills in advocacy and research.

The legal profession is one which is held in high esteem, and over the years has seen well-seasoned and senior practitioners. Still in the process of paying his dues, Green says intimidation while working with other senior prosecutors was short-lived.

He credits this to his current boss, Wenthworth Charles. "I am in a small firm with a senior partner. He guides me and instils confidence. He challenges me and in turn asks me to challenge him at times. So this really helped me to get over the intimidation phase in a short period of time."

Being a part of a professional league which while serving a purpose still gets its fair share of criticisms, Green does not shy away from areas which are almost prone to get an influx of criticisms and misconceptions.

In his life's mission to effect change in the lives of people, Green has had a vested interest in politics and he has been working through the youth arm of the Jamaica Labour Party's Generation 2000 (G2K). He has also expressed his desire to one day lead the organisation which he holds in high esteem and which, according to him, shares the same principles and policies he has.

"G2K is more in line with my sort of thinking; it portrays that it is more than politics. I wanted something that allowed for independent thought and leadership."

Recognising that politicians have lost the confidence of people over time, Green admits that it would be a difficult task to get away from the perceptions. However, he believes he can use this as a motivation. "It is really not just about talking; it is about how you behave and act. It is about changing the face of politics and culture. The generation to come is looking up at us and it is our burden to bear. We have to get young professionals involved to help make a change. It is about Jamaica first, and this will be a process, but over time it can change."

Green, who perhaps like many young and new politicians with the same amount of vision, ambition and conviction to make a difference in Jamaica, notes that he is aware of the failure of some who have preceded him. But what sets him apart is the importance he places on reputation. "Part of the legal and life training shows you that your reputation is all you have. It is very important that you guard it. Politics should not be the end and it was by choice that I got an education to have a solid footing. At any point that it goes against my values, I should be able to step away from it as I have an alternative."

In recognising that his ambitions are time-consuming, the young professional says time management is something he has developed over the years, having been a very active student holding various positions. "You don't recognise how much you can do in 24 hours until you have the work to do. I was president of the guild in Barbados, I worked part-time and studied."

Born in Montego Bay, he has adopted St Elizabeth as his home parish which he moved to at age six. Green says at present he wants to continue establishing himself in the legal fraternity by building his legal reputation and associating himself with high-quality legal representation. And doing all of that while getting a chance to impact directly on his country.

Admitting that having a solid educational background has awarded him the opportunities made available to him, Green stresses how important having a proper foundation is. "I have always believed in having a balance and maintaining above-average grades. The only reason they can be excused for not being excellent is if you are involved in other co-curricular activities. Education is important and should not be wasted."

Along with his educational achievements, he attributes his involvement in other activities for his overall growth. "You should have a co-curriculum side as my involvement has allowed me to interact with several groups of persons. It is about balance."