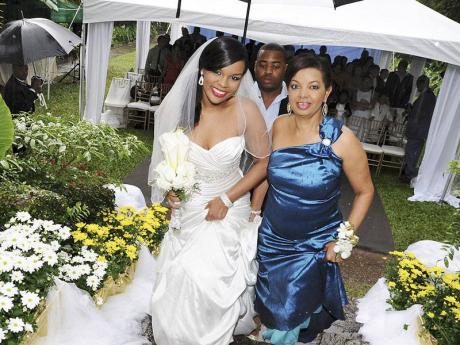 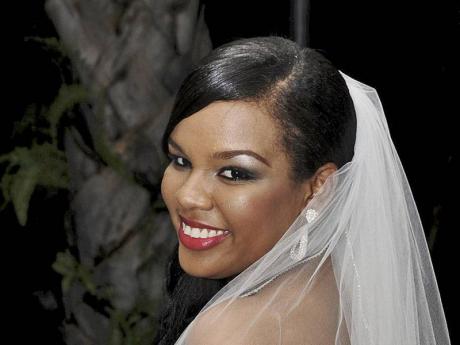 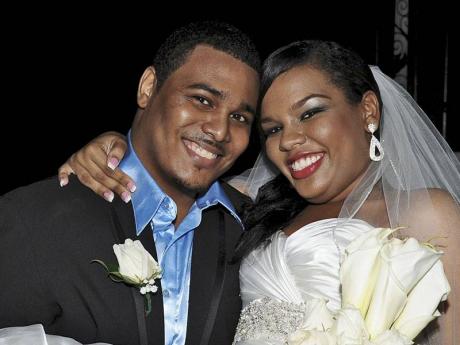 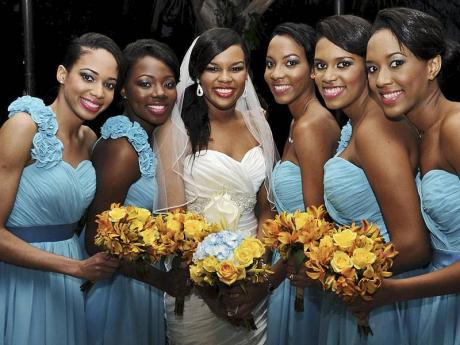 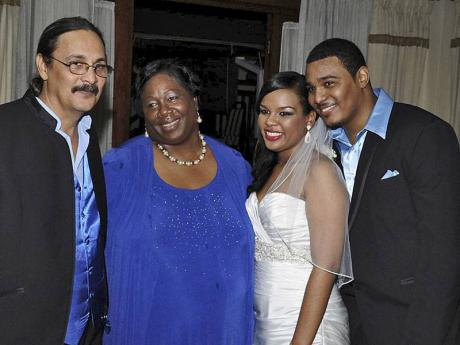 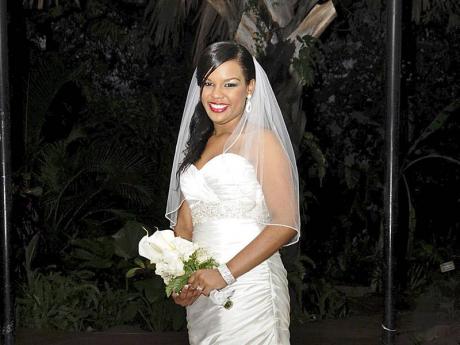 The wedding ceremony was held in the Sunken Garden at Hope Gardens and the reception followed at The Alhambra Inn, 1 Tucker Avenue, St Andrew.

Despite the challenges of heavy rain, event planner and decorator Carol Gray ensured that the function flowed smoothly and guests were made comfortable. Tent and seating were provided in the Sunken Garden for the guests and the exchange of vows took place under the arch at the top of the steps in thegarden. The arch was beautifully decorated and made rainproof by Mrs Gray.

Officiant for the wedding ceremony was Reverend Dr Peter Garth.

The bride was given away by her mother Karla.

The bridal party comprised maid of honour, Danielle Spencer, daughter of Ruddy Spencer and the bride's best friend from school days; and bestman was Yakeani Brown, the groom's best friend; bridesmaids were Kristin Lyn, Simone Smith, Rhandi Thame and Leanne Williams, all friends of the bride from Immaculate Conception High School, and the groomsmen were Karif Davidson - brother of the groom, Matthew Huie - brother of the bride, Danio Grant and Carey Patterson.

Danielle said: "We met pretty randomly! I woke up one day to a message from a Facebook friend saying I looked gorgeous and I should have a nice day. Little did I know that I actually didn't know this person (he was a mutual friend of bridesmaid Simone Smith and I figured that I must know him from somewhere). But I didn't (that's OK ... we got past that). We spoke every day religiously since that day."

"One night, at his house, we were watching one of our favourite shows - Everybody Loves Raymond. We were watching the episode where Ray proposed to Debra and he did it without a ring and I thought it was sweet. So Stefan said to me. 'Stop acting like you would accept a proposal and you don't get a ring, I said, 'Yes I would'.

"He then got up an told me to come with him to his room and he locked the door and went down on one knee and said 'I love you Danielle Huie. I'm extremely nervous, but I'm serious. I promise I'll never hurt you, I know I don't have a ring but will you spend the rest of your life with me?' As you can imagine, I began to cry and said yes."

The reception was held in the Pavilion at The Alhambra Inn under the watchful eyes of caterer Sonia Gray.

The weddng cake was made by Selena Wong. Guests were serenaded during the reception by acoustic guitarist Shawn Richards.