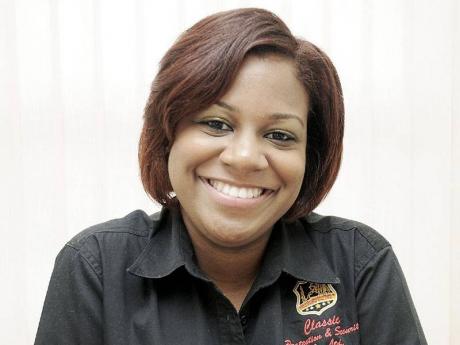 As we continue to grapple with issues of sexual harassment, particularly against women and underaged children, we present the conclusion of a paper on the subject prepared by Racquel Peters and Dr Paul Bourne.

Sexual harassment policy formulation cannot be left to socioeconomically powerful men, men bosses and men supervisors to construct because they have a culturalisation about sex and sexuality which may contravene those of the policy framework. Because of the internal script that men have, these will guide their interpretations of social-sexual behaviour in the workplace, (Gutek et al., 1983) and, therefore, fashion legislations. According to Chevannes, "According to 17-year-old Barry, it is like a rule in the community that boys must begin sex at around puberty," (Chevannes, 2001), and that: A male heterosexual identity is not only a matter of personal choice, but is also an issue of concern of the wider community. Many parents are, therefore, quite anxious to confirm their sons' heterosexual orientation, and as we have seen, even to encourage it (Chevannes, 2001).

The socialisation of boys in the Caribbean is sexual freedom, promiscuity, heterosexual orientation and women and more women (Gayle et al., 2004; Chevannes, 2001; Brown et al., 1997), suggesting a particular cultural underpinning of the sexes and that this influence people's behaviour. Such a culture sees nothing wrong with touching, steering down someone, making sexual gestures and innuendoes, and the women are now left with the burden of proof that the expression is sexual harassment versus that of sociability. On the other hand, within the context of the culture, a woman cannot rape a man.

Jamaicans believe that rape is perpetrated by males against females and the reverse is not equally the same. As such, a man has difficulties convincing police personnel that he has been raped by a female. The matter becomes even more complex if the women is beautiful because the cultural interpretation is that he should be proud, or people will question his heterosexuality. There are, therefore, inherent contradictions in the aforementioned matter as, culturally, some rapes are acceptable, others are not, and sexual harassment may be difficult for men to report because of the consequences of such a discourse.Harassment policy is reduced to sexual autonomy of women.

Governments should be committed to protecting people against sexual harm as this will accommodate them protecting themselves (Berer, 2004), and clearly this is not the case with the absence of a national sexual harassment policy. Sexual harassment should be construed as discrimination by sex, dignity of the individual, violation of human, reproductive and civil rights, and a health hazard which must be seen as a criminal offence as well as employers' liability.

With one-third of HIV/AIDS cases being among females (Bain, 2005); which means that the virus is predominantly gender-specific (male, Douglas, 2005), it can be inferred therefore, from Bain's and Douglas' works that if sexual assault and violence are substantially perpetrated by males, then some of the HIV/AIDS cases would have arisen from rape. Despite the aforementioned, it cannot be left to feminists or only women to formulate as they may want to socially reconstruct the society to reflect one which is good for women; but this possibly may be oppressive to men, which would be reversing the situation instead of removing inequalities.

It requires dialogue with all stakeholders at the national level to formulate a national sexual harassment policy to protect thepeople of Jamaica, particular the economically vulnerable, children, adolescents, physical challenged and women. Because HIV is the fifth leading cause of motality among Jamaicans (in 2002, PAHO, 2007), and the fact that more males have the virus compared with females (Douglas, 2005), sexual harassment which may result in sexual assault and rape will flourish without a national sexual harassment policy and may pose a challenge to addressing the HIVepidemic.

In summary, while sexual harassment is predominantly perpetrated by males against females, a national sexual harassment policy cannot be gender specific as this would create gender discrimination against the unmentioned sex, and thereby retards willingness of that gender to come forward with cases of harassment. The society needs to be sensitised about sexual harassment, and efforts should be instituted to lower and remove the social ostracisation of people who come forward with cases because the current reality is destroying the sociopsychological and physiological well-being of many lives.

Furthermore, sexual harassment should be seen as a public-health concern, and therefore, be studied by public-health researchers and included in the public-health literature as well as social justice (or injustice) and medical sociology, in Jamaica. In the study of health status of people, from here onwards, we must include sexual harassment because sexual violence against people, particularly women, children and economically marginalised groups, affect their psychological, social and physiological well-being. Because sexual harassment creates mental-health problems, the Ministry of Health needs to keep statistics on this phenomenon in order to aid health measurement and outcomes of those who have experienced sexual harassment.

This study was apart of the master of science thesis of Racquel Peters. It was a partial fulfilment of the requirement for the degree of master of science in governance and public policy, University of the West Indies, Mona, Jamaica.For the complete paper, contact: rpeters@cpsja.com or the Asian Journal of Business Management.