Creatine to the rescue! 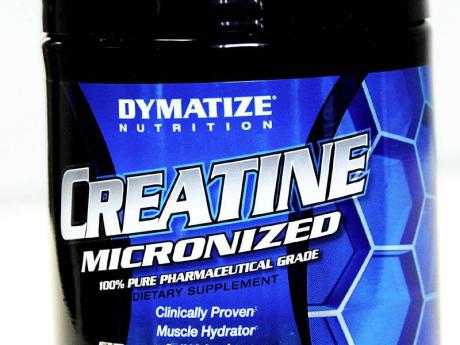 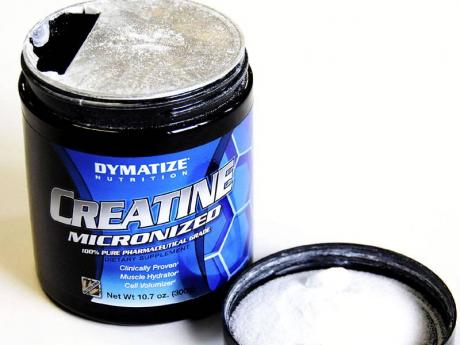 Persons looking to help build muscle are taking creatine monohydrate to help them in the process.

Nicholas Pitt, trainer at All About Fitness Studio, said it is a popular supplement used by both sexes to help build muscle.

"It's very popular," Pitt said, among those who work out. The supplement, which can come in liquid, white powder, gel or capsule form, is sold over the counter and is said to also aid in activities which require sudden bursts of energy like sprinting and weightlifting.

"It all depends on what you want it for. If you are a man and you're very skinny and you want to put on size fast, normally the recommended dosage is five grams, five times per day for the first five days," he said. "Thereafter, you take five grams until the bottle is finished," he said.

According to the medical website WebMD, "Creatine is a natural substance that turns into creatine phosphate in the body. Creatine phosphate helps make a substance called adenosine triphosphate (ATP). ATP provides the energy for muscle contractions. The body produces some of the creatine it uses. It also comes from protein-rich foods such as meat or fish," it said.

Pitt explained that the form - that is whether liquid, powder or capsule - in which a person takes the supplement is inconsequential as the benefits are the same.

"Contrary to what people may think the only difference with any kind of creatine is the form that it comes in," he explained, pointing out that different brands offer slight differences, for instance a more soluble powder, but they are all essentially created equal.

The concentrated serum form, which Pitt prefers, is more potent and is time released throughout the day.

The powder can be dissolved in water or juices and the serum is usually dropped beneath the tongue.

"If you don't drink a lot of water with it, it will make you retain a lot of water, so your muscles won't look as ripped as you'd like," he said.

A 2007 report from McMaster University indicated that seniors who exercised in conjunction with taking supplements, to include creatine, saw a reduction in fat.

According to the article, creatine and conjugated linoleic acid (CLA) improve muscle strength and lower body fat in exercising seniors.

"Supplementing older exercisers with the naturally occurring compound creatine monohydrate and the fatty acid (CLA) results in increased muscle strength and a reduction in fat mass compared with unsupplemented exercisers," the article stated.

Based on Pitt's experience, the supplement is safe.

"As far as I know, there are no general side effects from it," said Pitt, explaining that it is safe.

Dr Jacqueline Campbell, a family physician said based on patients she has seen who use the supplement, it seems healthy.

"I've had patients who have used creatine - body builders, persons who work out - and they have not reported any negative side effects," he said.