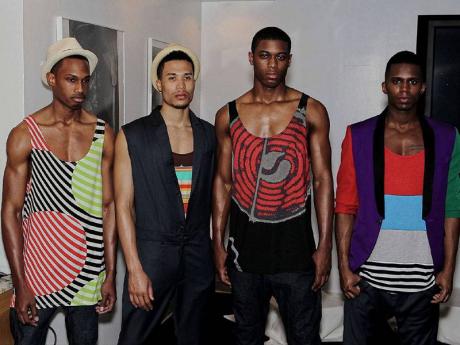 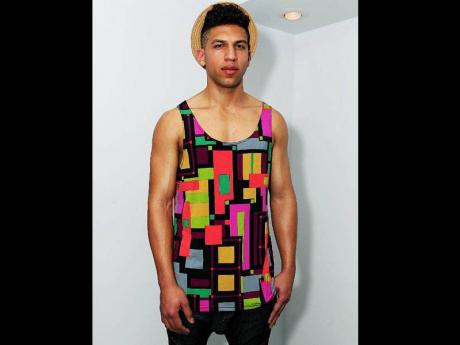 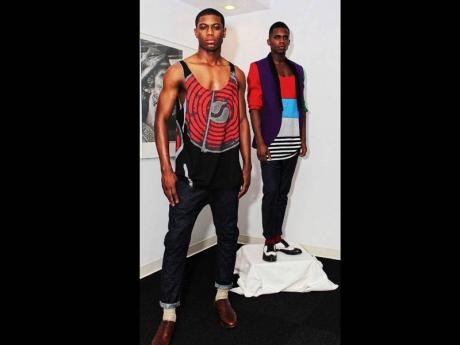 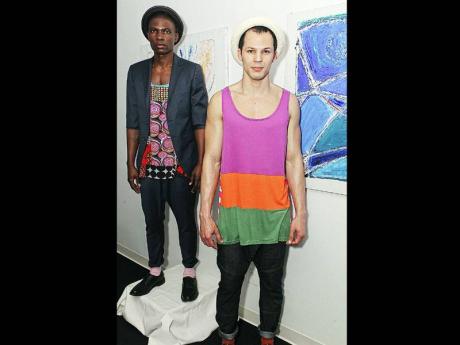 At left the model wears a harem dress suit and tribal tank while the other model sports a multicoloured tank with detailed harem denim.
1
2
3
4

Jamaica-born designer Demaro Brown has had a passion for fashion since an early age.

The talented sylist turned designer who resides in New York City, is originally from from Savanna-la-Mar, Westmoreland, where he spent most of his childhood.

The Frome Technical High School graduate first worked in the exciting food and beverage sector of the hospitality industry. However, Brown's thirst for the world of fashion designing was not quenched by that field and the enthusiastic Arian self-starter who had developed his taste for fabrics, love for vibrant colours and appreciation for quality and detailed design, took the plunge.

Since emigrating to the United States, Demaro has gained significant industry experience, working on a number of independent fashion projects as well as serving as head stylist for top Caribbean designer Francis Hendy. Although he received no formal training, Demaro has pursued professional development courses at the prestigious Fashion Institute of Technology in New York.

His 2012 Men's Summer Collection, inspired by the vibrancy and flavour of the Caribbean, reflects his natural abilities for designing and a keen eye for style and sophistication. The debut collection comprising tanks, blazers, harem pants and jump-suits utilises cool fabrics, including cotton, Italian wool and denim.

Brown emerged on the New York City fashion scene with his bold designs which seek to satisfy the needs of the chic, trendy and sociable professional man.

This emerging designer, who can be described as forward-thinking and cutting-edge, is of the view that fashion should never be compromised, even during a recession.