Rise of the modern man 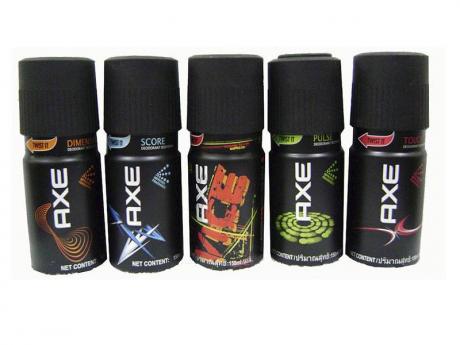 Move over Barbie, Ken is here to take over! Nowadays, men are showing an increasing interest in grooming and the everyday care of their bodies, but have they gone too far? Regular manicures and pedicures, facial peels, hair dyes, the latest fashion, and even plastic surgery are no longer just synonymous to Hollywood-celeb types but with men worldwide have become more obsessed with their appearances.

Once upon a time, most if not all of the aforementioned activities, would have been considered effeminate, but in a society where presentation plays an instrumental role and first impression sets the stage for everything, it's obvious that men are quickly learning that they have to get their 'jelly bellies' into gear. The gym has now become the go-to place for most men, especially the ones in corporate Jamaica. The 'insecurity' ads are no longer targeting just females, but advertisers had an ingenious epiphany and realised that if they can make women feel insecure about their jiggly thighs, and cellulite marks, then there are undoubtedly some factors that guys can be made insecure about. Hair loss, excess facial and body hair, and proper hygiene are just some of the problems that males face in today's society.

Like women, men want a quick fix to their problems. It's quite simple for women; if they have a blemish, they can use cover-up foundation, if they're short, they can wear heels; if their hair isn't long enough, they can get a weave. Although women have it a tad easier by being able to cover up their flaws with pounds of make-up and shoes that add several inches, men have to make do with what they have, hoping that women appreciate the fact that they are trying their best to be as appealing as possible. It's not an easy road ... being a modern man.

Men everywhere are making an increased effort to ensure that the beer bellies are a thing of the past. Hitting the gym has become the number-one must-do for the modern day man. Then there is the emphasis on the hair. Men have started to pay more attention to their hair (most of it unwanted) on their bodies. However, some are trying desperately to hang on to the hair on their heads. Go figure! Shaving is always a good and usual route, but nowadays, waxing has also come to the fore.

As it relates to the face, since when is washing with water and soap not enough? Suddenly, that wasn't good enough, but now there is the need for face masks, exfoliators and moisturisers. And of course, there's the teeth. Crest Whitening strips anyone? Teeth whitening/bleaching has now also moved up on the ladder of things to do for the modern-day man since ones face is basically a business card nowadays.

Considering that this (grooming) trend ties in mostly with younger guys who want to impress just about everyone with their physical appeal, cosmetic companies are zoning in mainly on young, professional men who reside in corporate areas (where more often than not, looks make the man). And if many men start taking care of themselves, scrutinising every aspect of their bodies - not just for business, but pleasure as well - then those that don't will be left out of the loop or be forced to conform. Most men don't want to be left out of the loop so they trade in the beer bellies for the chiselled abs in order to look like a million bucks or maybe that's just the small price that they pay. Out with the Old Spice ... bring on the Axe!